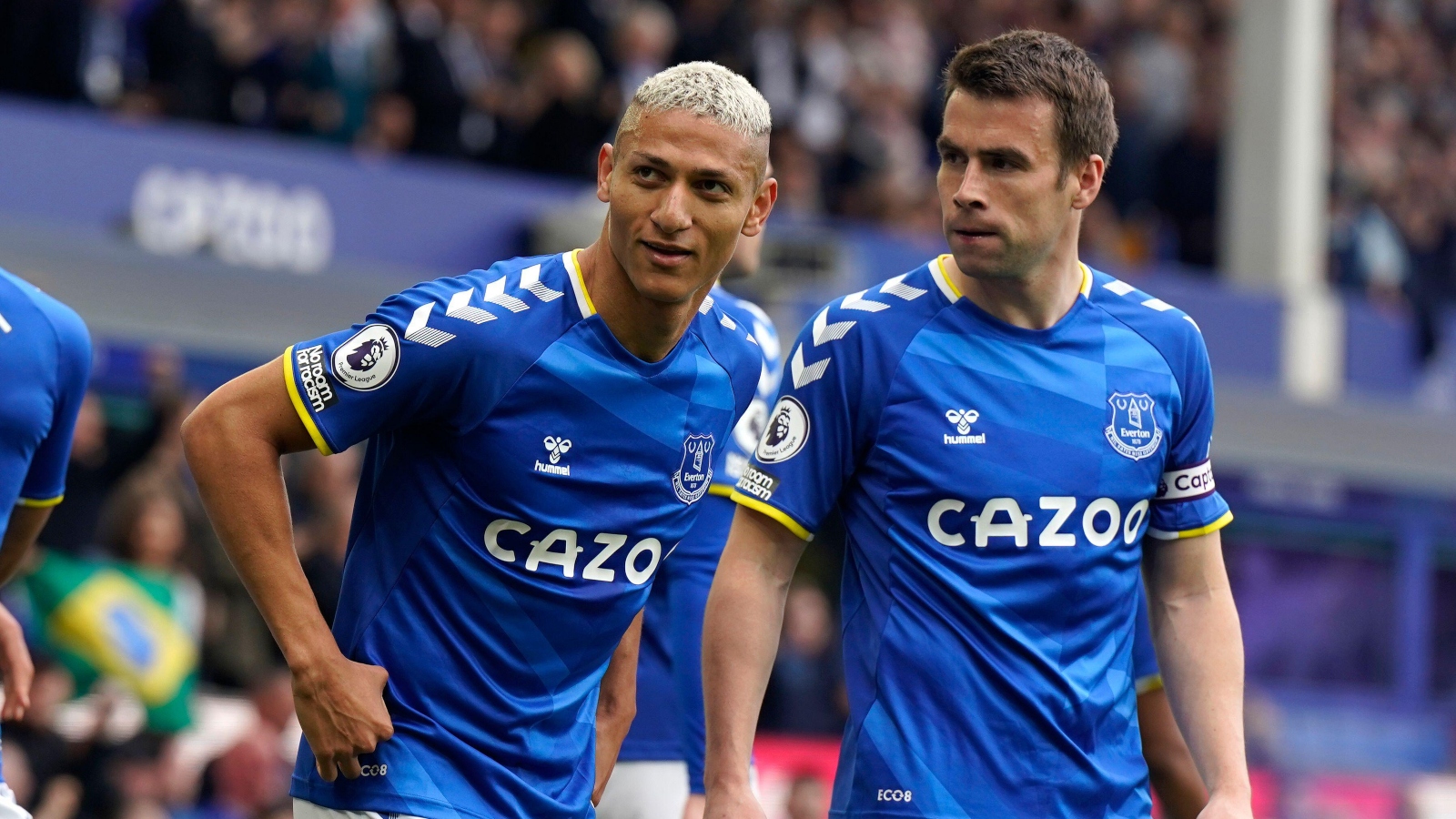 Everton have rejected an offer from Tottenham including Steven Bergwijn for Brazilian forward Richarlison, according to reports.

Spurs head coach Antonio Conte has identified Richarlison as one of his top summer targets and the club are negotiating a deal with their Premier League rivals.

They had hoped to include Harry Winks in a deal to sign the 25-year-old due to the Toffees’ interest in the England midfielder.

Chelsea are also believed to be interested in Richarlison, though Spurs are also lining up a move for Leeds United winger Raphinha, who is wanted by Arsenal.

The Daily Mail reported on Tuesday that Everton have ruled out the prospect of the Brazilian and Anthony Gordon moving to north London this summer.

And now The Telegraph have claimed that Spurs have made an offer including Ajax-linked winger Bergwijn for Richarlison.

Their latest offer also included a fee in the region of £20m, but it has been ‘firmly rejected by Everton’.

Despite rumours that Frank Lampard wanted to sign Winks, the report has stated that the Blues manager is not interested.

Spurs are reportedly willing to include Lucas Moura in a deal if Bergwijn does not appeal to the Merseyside club.

In these negotiations, Gordon ‘was not a factor’, with Spurs ‘solely focusing’ on their pursuit of Richarlison.

🚨#THFC are offering Steve Bergwijn to Everton, the Toffees have already rejected a bid of £20m plus Bergwijn for Richarlison.@JPercyTelegraph pic.twitter.com/dvHo7bPSK1

The north Londoners are more than willing to let Bergwijn leave this summer and have been in negotiations with Ajax over a deal for the Dutch winger since January.

90min reported earlier this month that the two clubs have agreed a fee worth around £20m for the 24-year-old.

However, given the lack of an update since then, and the news that Spurs are looking to include him in a deal for Richarlison, this does not appear to be the case.

During international duty with the Netherlands this month, Bergwijn expressed his desire to move this summer.

“I just need to go play. I want to leave Spurs now, that’s for sure,” he said.