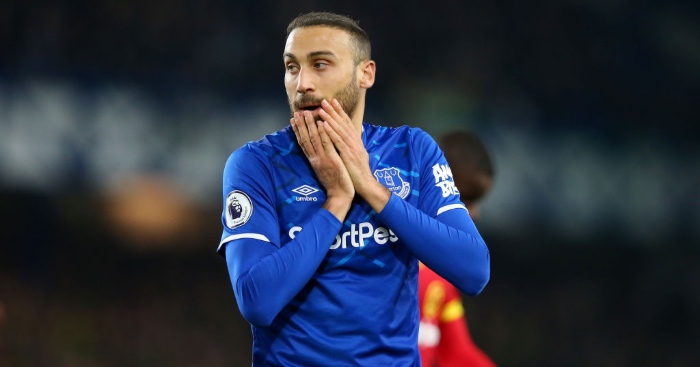 Everton striker Cenk Tosun has re-joined Turkish outfit Besiktas on loan for the rest of the season, the club has confirmed.

The forward came through the ranks with Eintracht Frankfurt before he moved to Turkey to sign for Süper Lig Gaziantepspor.

Tosun had a fantastic three-plus-year spell with the Turkish side. He netted 64 times for them from his 142 outings in all competitions.

The striker scored 24 times from 47 games in the 2016/17 campaign. He followed that up with 14 goals in 24 games the next season which led to his big-money move to Everton.

The Toffees spent around £27m to sign Tosun during the 2018 January transfer window. He made a decent start to life in England as he netted five times from his first 14 games for the club.

But he has struggled to follow this up. He has only scored six times from his 44 games over the next three seasons.

Tosun spent a few months on loan at Crystal Palace towards the end of last season. He has only played seven times this term and his only goal of this campaign came against Rotherham United in the FA Cup.

Everton confirmed on deadline day via their official website that Tosun has returned to Besiktas on loan until the summer.