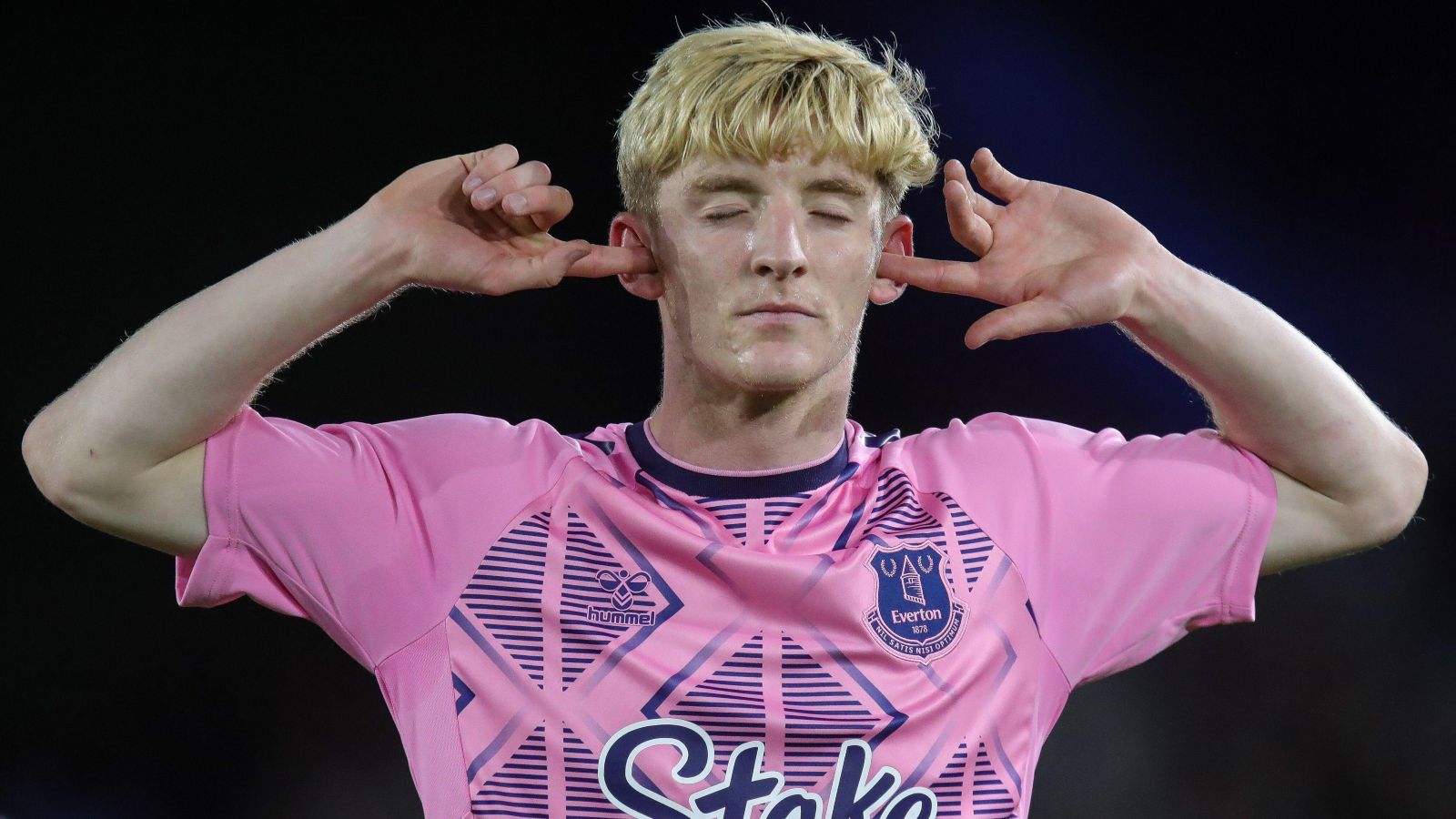 Everton forward Anthony Gordon says the £60m price tag on his head during the summer transfer window was “absolutely crazy”.

The England under-21 international was the subject of interest from Chelsea in the summer transfer window after his impressive start to his career at Goodison Park.

There were reports at the time that Chelsea were prepared to offer Everton as much as £60m for the 21-year-old but a deal never materialised from the negotiations.

Most onlookers were baffled over the possible fee for a player who is showing a lot of potential but far from the finished product, and Gordon admits he was also shocked by the price tag.

Asked about the approach from Chelsea, Gordon said: “That’s football nowadays – it’s absolutely crazy. Personally, I don’t think any player is worth that amount of money but I’m also not going to talk myself down.

“The money in football, that’s just how it is nowadays. You’re also paying for potential all the time these days. That’s just how football goes.

“I wasn’t too focused on that because I can only control what I can control. I think the minute you do that (thinking he is a £60m player), there’s only one way you’re going to go.

“You need to stay humble. You need to focus on today and tomorrow and don’t look too far into the future.

“That’s part and parcel of football. When you’re doing well, there’s always going to be that speculation.

“But because the place (Everton) is so good, it’s not a place where I’m devastated because I have to stay. That’s never been the case. I was never desperate to leave Everton. It was definitely not the case.”

Former Premier League right-back Alan Hutton thinks the failure to strike a deal over Gordon will benefit the Everton youngster and Chelsea.

Speaking earlier this month, Hutton told Football Insider: “I always thought, the players that Chelsea have, especially wingers, they’ve got so many.

“Gordon I think is a great player, but he only burst onto the scene last season. His goals and assists aren’t great, he’s got the potential to up those numbers. His energy, his enthusiasm for the game, there’s a lot of positives there.

“At this moment in time I just don’t think that’s what Chelsea needed to be spending £60m on. That’s no slight on Anthony Gordon, he’s a fantastic player and he’ll only get better.

“Staying where he is at this moment in time, he’s only going to get better.”