Home All The News Everton, Inter Milan target is ‘allowed to talk to other clubs’ 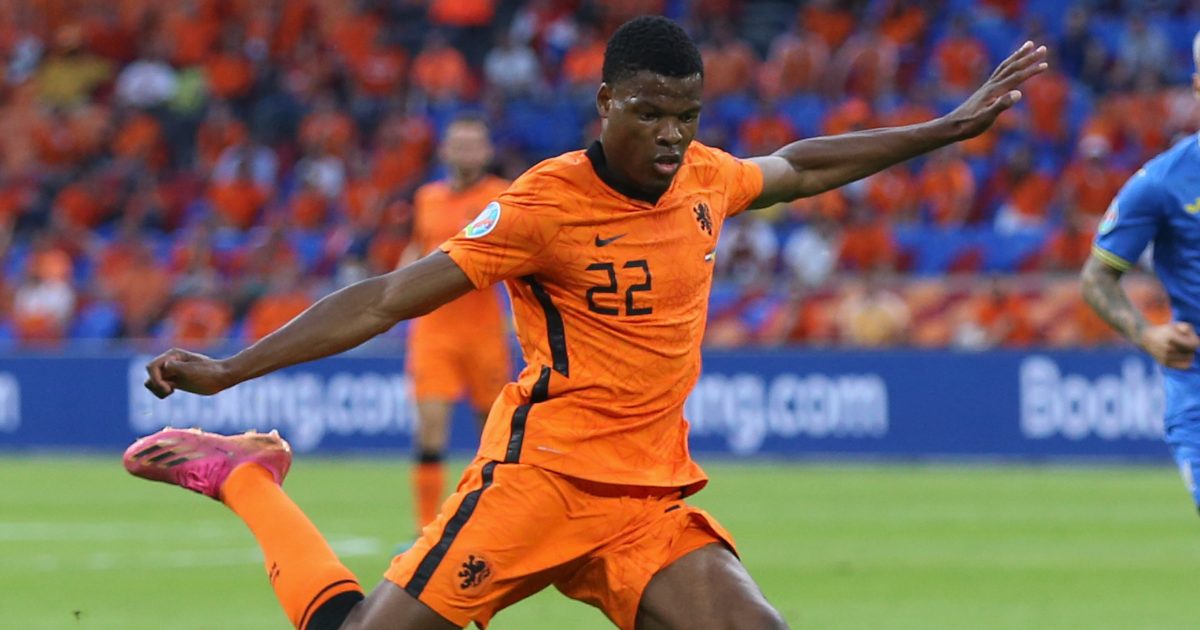 Everton and Inter Milan target Denzel Dumfries is “allowed to talk to other clubs”, according to reports in the Netherlands.

Dumfries has been with PSV since 2018. He has been an integral player for them as he has played 124 times across all competitions.

The right-back’s performances for them has led to him becoming a regular for the Netherlands.

Dumfries impressed for his country at this summer’s European Championships even though they were dumped out in the Round of 16.

Everton and Inter Milan have both been linked with the defender.

Marco Timmer (journalist for Dutch outlet Voetbal International) has reported that Dumfries and Donyell Malen are expected to leave PSV this summer.

He adds that Mino Raiola (the agent of both Dumfries and Malen) is talking to their interested clubs about transfers.

Elsewhere, Trevor Sinclair has suggested that Jordan Pickford is “one of the best goalkeepers in the world”:

“There’s one thing I’ve been really impressed with, I heard the other day he’s been seeing a sports psychologist, and that’s Jordan Pickford.

“It’s not been there in the past. I wasn’t convinced he could keep clean sheets for us, do simple things well and keep his concentration.

“He’s proved me wrong and he has done that and I’m pleased he’s going to see a sports psychologist because he looks like one of the best goalkeepers in the world at the moment.”