Home All The News Everton interested in Serie A pair, with one bid already made 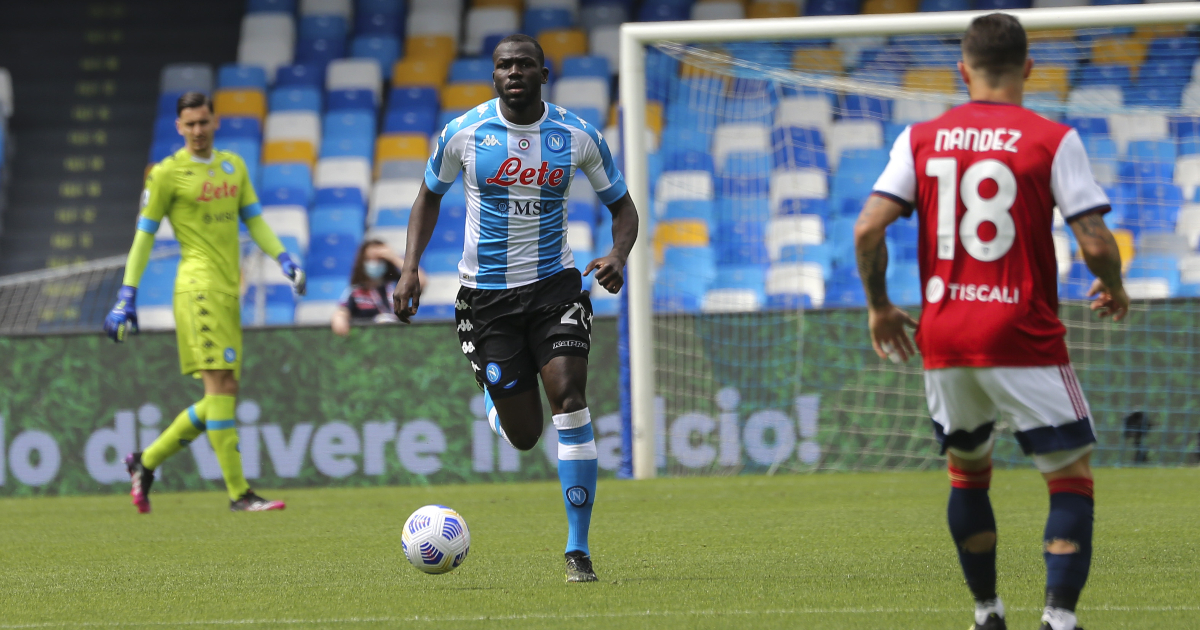 Everton are interested in signing both Aaron Ramsey and Kalidou Koulibaly this summer with a bid already being lodged for the latter.

The Koulibaly report comes via Italian outlet Calciomercato, who have said that the Toffees have bid for the centre-back.

Earlier this week it was suggested that the Napoli man would be available for around £35 million this summer, and that new manager Rafa Benitez had recommended the 30-year-old to the Everton hierarchy.

Benitez worked with Koulibaly for a season at Napoli and the Senegal international is seen as a significant upgrade on Yerry Mina, Mason Holgate and Michael Keane.

Koulibaly has been linked with a move to the Premier League for years with his club valuing him up to £100m in previous transfer windows.

Calciomercato’s report does not state how much the Merseyside club have bid for the defender, nor does it mention if Napoli have any intention of accepting the offer.

Everton are also targetting Ramsey, with Il Bianconero claiming that the Toffees have contacted the Welshman’s representatives over a potential deal.

Former Blue Marcus Bent has said that Ramsey wouldn’t turn down a move to Goodison Park if presented the opportunity.

Speaking to Football Fancast, Bent said: “But speaking to Everton, they know that there’s going to be big clubs in for him, he’s going to be tagged around, whether that will be the top-four, I’m not sure. I don’t think he would turn Everton down.”

The Toffees have also “opened talks” to sign AFC Bournemouth goalkeeper Asmir Begovic on a “two-year” deal, according to reports.

The goalkeeper has vast Premier League experience as he has totted up over 250 top-flight appearances. He has previously played for Portsmouth, Stoke City and Chelsea.

Begovic joined Bournemouth in 2017 for an undisclosed fee. He had spells on loan at Qarabag and AC Milan in 2019/20.

The 34-year-old returned to the Cherries last season and he played 51 times as they missed out on promotion back to the Premier League.

Everton want to sign a new backup goalkeeper and they are interested in the Bosnian according to talkSPORT. They suggest that with Begovic only having one year remaining on his contract, Bournemouth would be willing to let him leave for free.