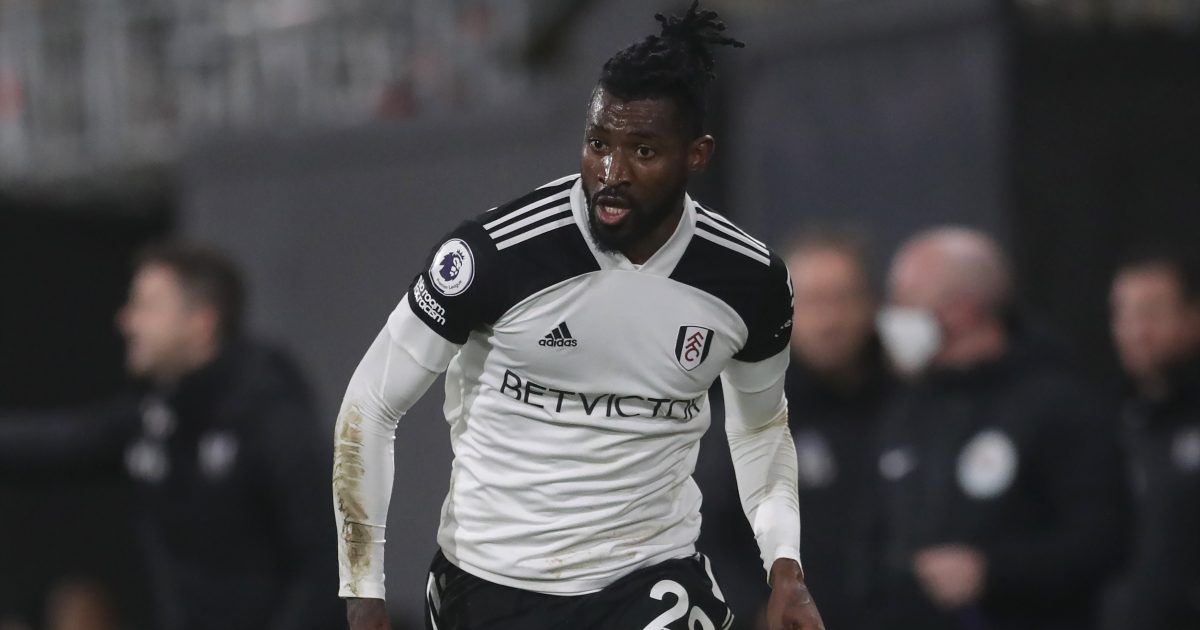 Everton have joined La Liga side Valencia in the race to sign Fulham midfielder Andre-Frank Zambo Anguissa, according to reports.

After impressing for Ligue 1 outfit Marseille between 2015 and 2018, Fulham were tempted to bring him to the Premier League.

The Cottagers spent around £22m to sign him ahead of their return to the top flight in 2018/19.

Anguissa featured 25 times for Fulham that season as they finished 19th to suffer relegation straight back down to the Championship.

The midfielder spent the 2019/20 season on loan at Villarreal in La Liga. He played 39 times for them before he rejoined Fulham ahead of their 2020/21 campaign in the Premier League.

The 25-year-old stood out for Scott Parker’s side last term, although they were ultimately relegated as they ended up eleven points adrift of safety.

Italian outlet TuttoMercatoWeb have reported that Fulham have turned down an offer from Valencia. They add that Everton have now joined the race to sign the midfielder.

Elsewhere, former Premier League goalkeeper Paddy Kenny has suggested that Everton need to get rid of James Rodriguez “as soon as possible”.

The 30-year-old joined Everton on a free transfer last season from Real Madrid. This came after he only played eight times for the Spanish giants in La Liga during the 2019/20 campaign.

Rodriguez had a steady season for the Toffees last term. Due to injuries, he was only able to play 23 league games as he grabbed six goals and four assists.

“They need to get him out the door as soon as possible.

“Obviously he’ll be on big wages so it might be a difficult one. But if he’s not in Benitez’s plans then there’s no point in having him sitting around.

“I’m sure the player won’t want to be there if he isn’t going to be playing. So it would suit everyone for him to move on.

“Like I said, he’s on huge wages so it could be difficult to get rid of him when he’s only been there 12 months.

“It’s a shame because I was looking forward to watching him in the Premier League, but things change.”