Home All The News Koeman ‘not surprised’ by Niasse renaissance 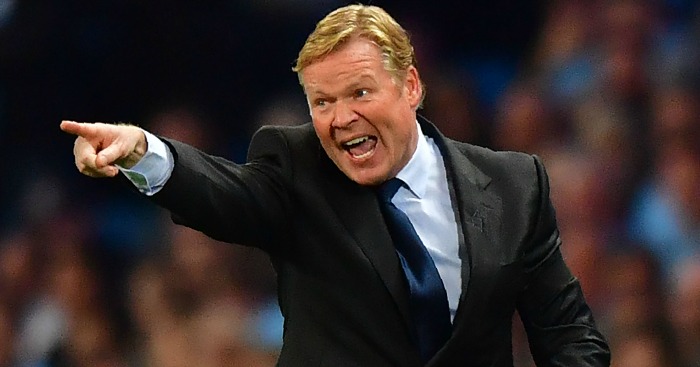 Everton manager Ronald Koeman insists Oumar Niasse deserves all the credit for the way he fought back from obscurity to be their match-winner against Bournemouth.

A year ago the Senegal striker had been banished to the under-23s side having been denied a squad number after the Toffees boss decided on the basis of one 45-minute pre-season performance he was not what he required.

But with no summer replacement for the departed Romelu Lukaku and a lack of pace and goals Koeman recalled Niasse, who scored in the league cup in midweek, and he came off the bench to score his first two league goals for the club to turn around a game which was heading for defeat after Josh King’s opener just after half-time.

“It is not surprising to me because I know him,” said Koeman, who denied a story that Niasse had been refused a changing room locker last season.

“Last season was a totally different situation with Lukaku but we did not sign a striker and we have two strikers – Sandro (Ramirez) is 21, Dominic (Calvert-Lewis) is 20 – and that gave him a chance to be more close to the first team.

“The boy has that kind of quality and with his aggression and direct play he can create a lot of problems.

“No-one can stop him at the moment, he did well and all the credit is to the player.”

Asked whether Niasse can now be a first-team regular Koeman added: “Of course he can.

“It is always about opportunities for players and productivity if you speak about strikers.

“He came on last Wednesday and scored a goal and he was one of the players who turned it around to get the win.”

The main talking point before Niasse’s brilliant cameo was Simon Francis’ aerial challenge on Wayne Rooney, leaving the former England captain with a bloodied left eye after being caught with an arm in the penalty area.

Rooney required two separate bouts of treatment, including a change of shirt and shorts, and was replaced shortly after half-time.

“It is his arm. It is not really with intention but yes it is above his eye and it is totally open (the wound),” added Koeman.

“The doctor said to me at half-time if it happened again we would need to change him; I changed him because we needed something different.”

Bournemouth boss Eddie Howe was adamant there was no malice in the challenge.

“I’ve only seen it live but Simon had his eyes on the ball and when you jump that high you need leverage and his arms are high,” he said.

“He’s caught Wayne but there is absolutely no intent to injure the player, I can say that for certain.”

Defeat left the Cherries second-bottom with just three points from six games but Howe felt the defeat was harsh on them.

“I don’t think we deserved to lose,” he added.

“Second half we looked really good. It is a huge frustration because we felt in control second half but at 1-0 there is always an opportunity for Everton to come back and that is what happened.”