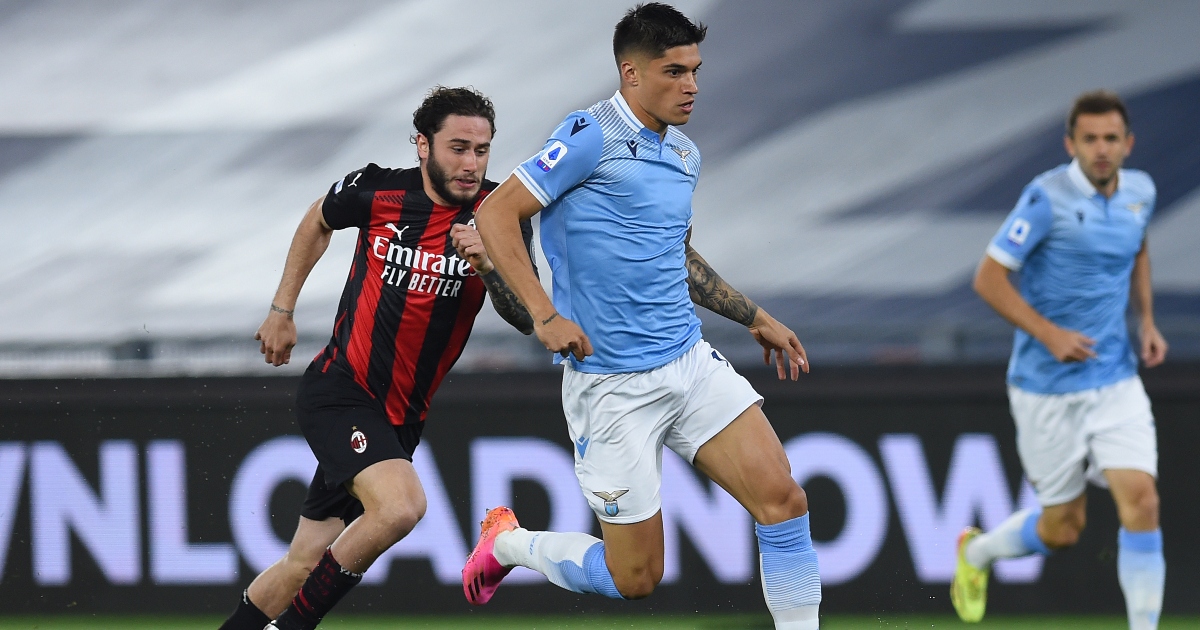 Everton have stepped up their interest in Lazio attacker Joaquin Correa by submitting an official bid worth £17million for the Argentine, according to reports in Italy.

Correa recently featured at the Copa America for Argentina, helping his team win the competition.

The Argentine joined the Serie A club from Sevilla in 2018 for around £14m, and Lazio are now looking to cash in.

Last season he made 38 appearances, scoring 11 and assisting six times.

He won the Coppa Italia in his first season with the club and has scored 30 goals in 117 appearances for the Biancocelesti.

Whether Everton‘s £17m bid will be enough remains to be seen, with the Serie A club likely to hold out for closer to £25m.

Italian outlet Corriere Dello Sport have claimed that Lazio are happy to sell the 25-year-old this summer.

The overall feeling from their meeting was that the squad needs some new additions, and raising funds is imperative in being able to do so.

The sale of Correa could help the Italians bring in some new players.

A number of sides have been eyeing up a move for the Argentine, including Paris Saint-Germain, Arsenal, and Tottenham.

However, Everton are the first to make their move out of Correa’s potential suitors according to Il Messaggero, who have reported the £17m bid.

The Toffees have been very active in the transfer market recently, announcing the signings of Andros Townsend, Asmir Begovic and Demarai Gray for a combined £1.6m.

Pundit Noel Whelan has said that Gray will “shine” at his new club if he is given regular playing time under his new boss Rafael Benitez.

The English winger spent five years at Leicester City before being sold to Bayer Leverkusen in January.

He made 12 appearances for the Bundesliga side in the second half of the campaign, scoring one goal and registering two assists.

Speaking about Gray, Whelan told Football Insider: “I think he is going to shine this season, I really do.

“He is a player that needs to be playing week in, week out. For too long he has been a bit-part player or an impact substitute.

“There is a huge amount of potential there but he did not realise it at Leicester. He has become an unknown.”