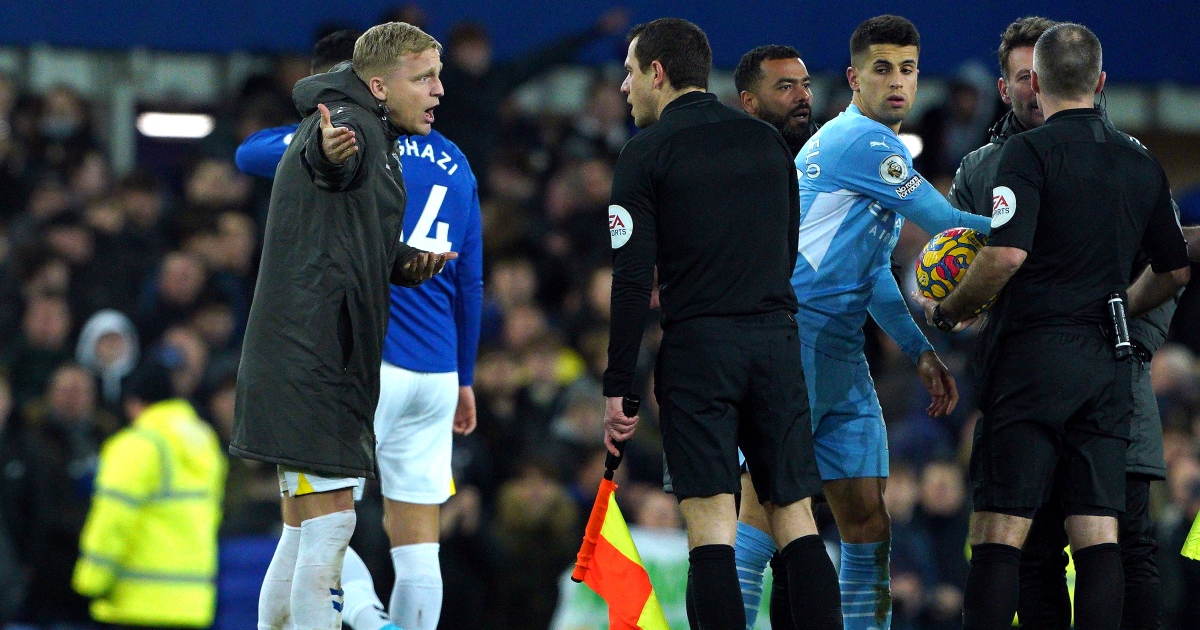 Everton have made a formal complaint to the Premier League about recent decisions by officials in their matches.

The Toffees have been left upset by a number of incidents, with the final straw coming against Manchester City on Saturday, when they were denied a late penalty.

Rodri appeared to handle the ball in the area but both referee Paul Tierney and VAR official Chris Kavanagh deemed no offence had been committed and City held on for a 1-0 victory.

Toffees boss Frank Lampard was furious, saying afterwards: “There is no doubt, there is no probably to it.

“The decision is incredible, incredible and that loses us the opportunity to get what we deserved.

“We’ve lost a point because of a professional who cannot do his job right.”

Barrett-Baxendale communicated her serious concerns about officiating in matches including the City loss and has demanded, at the very least, that an apology be given to Lampard and his players.