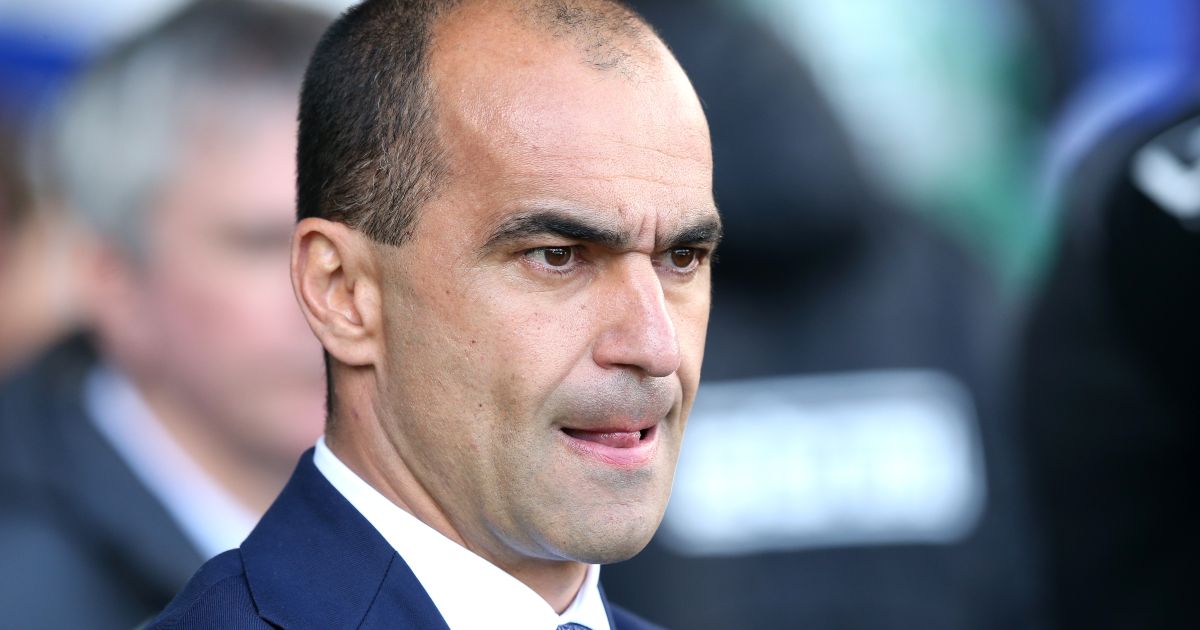 Roberto Martinez could make a ‘shock return’ to Everton after Rafa Benitez was sacked on Sunday, according to reports.

The Toffees now sit just six points above the relegation zone, with former Liverpool boss Benitez paying the price for a poor run of form.

The record sale progression of every Premier League club

And now the Daily Mail claim that Belgium boss Martinez ‘ is being considered for a shock return to Everton’ with the coach having ‘a £2million release clause in his contract, which expires at the end of this year after the World Cup’.

Martinez was in charge at Goodison Park for three seasons, winning 61 of his 143 matches in charge to give him a 42.7% win percentage while at the Premier League club.

With the club hovering above the relegation scrap, the Toffees ‘are pursuing the option of bringing back Martinez’ with Wayne Rooney – who has done a great job at Derby County this season – also mooted as another potential option.

‘It was initially proposed that Martinez took the job on an interim basis — Belgium only have one friendly against Slovenia in March — but he is eager for a permanent role. The Belgian FA, who are in talks with Everton, want to keep him.

‘Martinez, it is understood, will not resign without a deal being agreed with Belgium.’

After being sacked, Benitez later issued a statement through his official website, admitting he had the challenge of winning over the Everton fans at the start of his tenure and pointing to injuries as the main reason behind the poor run which led to his departure.

“We knew it wouldn’t be easy, and that it was a big challenge, both emotionally and in terms of sport,” he wrote.

“My love for this city, for Merseyside and its people, made me accept this challenge, but it is only when you are inside that you realise the magnitude of the task.

“From the very first day, my staff and myself worked as we always do, with commitment and full dedication, we didn’t only have to get results, but we also had to win over people’s hearts.

“However, the financial situation and then the injuries that followed made things even harder. I am convinced that we would have been better once the injured players were back and with the arrival of the new signings.

“The road to success isn’t easy and sadly, nowadays in football there is a search for immediate results and there is always less and less patience; unfortunately circumstances have determined the results and it won’t be possible to continue this project.

“In any case, thank you to the board, to the staff, to the players, and to those fans who have supported us during this time.”