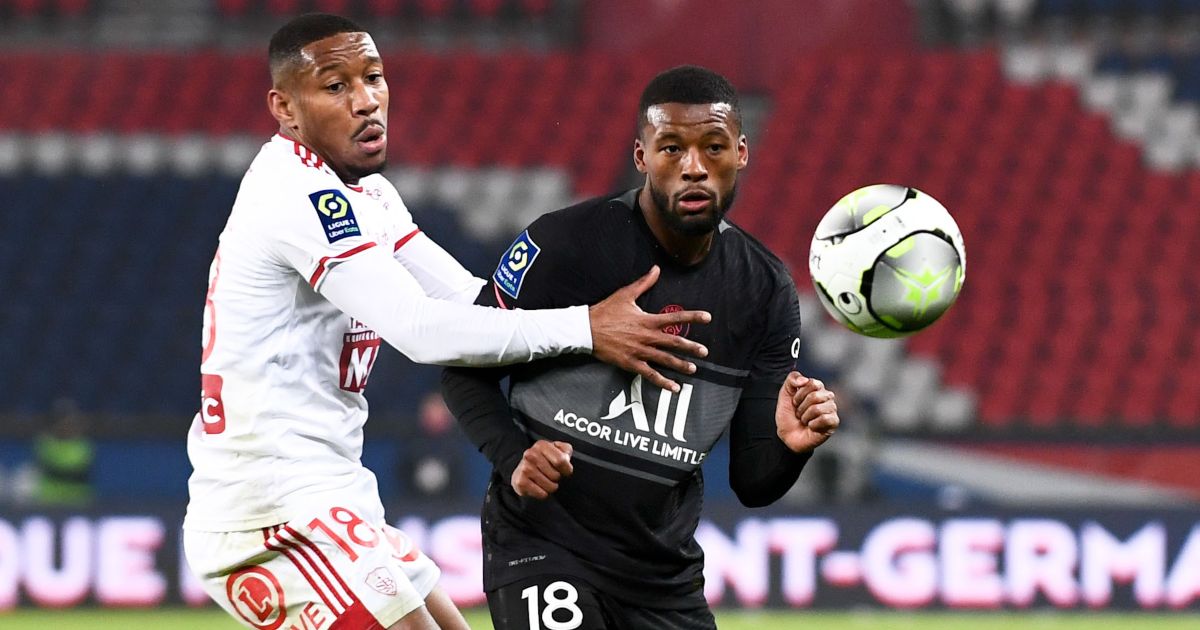 Newcastle United and Everton are the two teams interested in signing Paris Saint-Germain midfielder Georginio Wijnaldum in January, according to reports.

The Netherlands international moved to PSG in the summer on a free transfer after his contract ran down at Liverpool.

Wijnaldum has played 24 times for the French club in all competitions this term, contributing three goals and two assists.

Salah and a d***-waving contest Liverpool should avoid

The former Newcastle midfielder admitted in October that he was not “completely happy” in his new job at PSG with reports in the same month insisting that he ‘hasn’t got the support of the South American players’ at the French club.

Arsenal and Newcastle have been the main two sides linked with a move for Wijnaldum but one report said that, despite being ‘open to offers’ from Premier League clubs, the 31-year-old ‘is not interested’ in moving back to St James’ Park.

But Spanish publication AS (via Fichajes) now claims that the Magpies and Everton are ‘the two teams that would seek to take over the services of the midfielder’.

The report adds that Wijnaldum has ‘decided to leave’ PSG as soon as possible and will ‘seek a change of scenery due to the lack of regular minutes’ under Mauricio Pochettino.

It is understood that Wijnaldum could struggle to force his way out of the French giants this month, though, as Pochettino ‘does not want to weaken his squad’ ahead of the second half of the season.

Meanwhile, Sky Sports News reporter Kaveh Solhekol said on Wednesday that Wijnaldum is open to the idea of moving to Arsenal as he was a big fan of the Premier League club growing up.

Solhekol said: “I’ve been told Arsenal are one of his favourite clubs. Somebody quite close to me said that when he was growing up that he was an Arsenal supporter.

“But they are definitely, I’ve been told, a club that are close to his heart.”