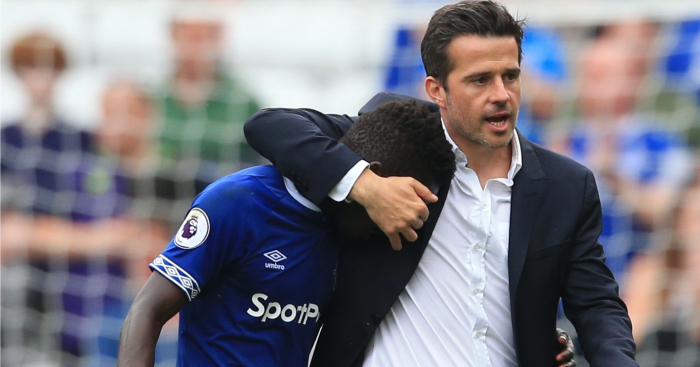 A number of Everton players are already ‘unhappy’ with Marco Silva’s managerial approach at Goodison Park.

Silva was appointed Everton manager in the summer, and oversaw another summer of investment on Merseyside.

According to The Sun, ‘discontent among the squad has increased’ due to the amount of extra work that is being done on the training ground, as well as the emphasis on tactics.

Some players are complaining that many of Silva’s sessions ‘are above their heads’, and that it is a similar ‘information overload’ to that which created problems under Roberto Martinez and Ronald Koeman.

‘The squad have got together and are dropping hints with the management that they should be doing fewer hours and that the tactics should be simpler,’ Alan Nixon writes.

Phil Jagielka’s not happy, is he?