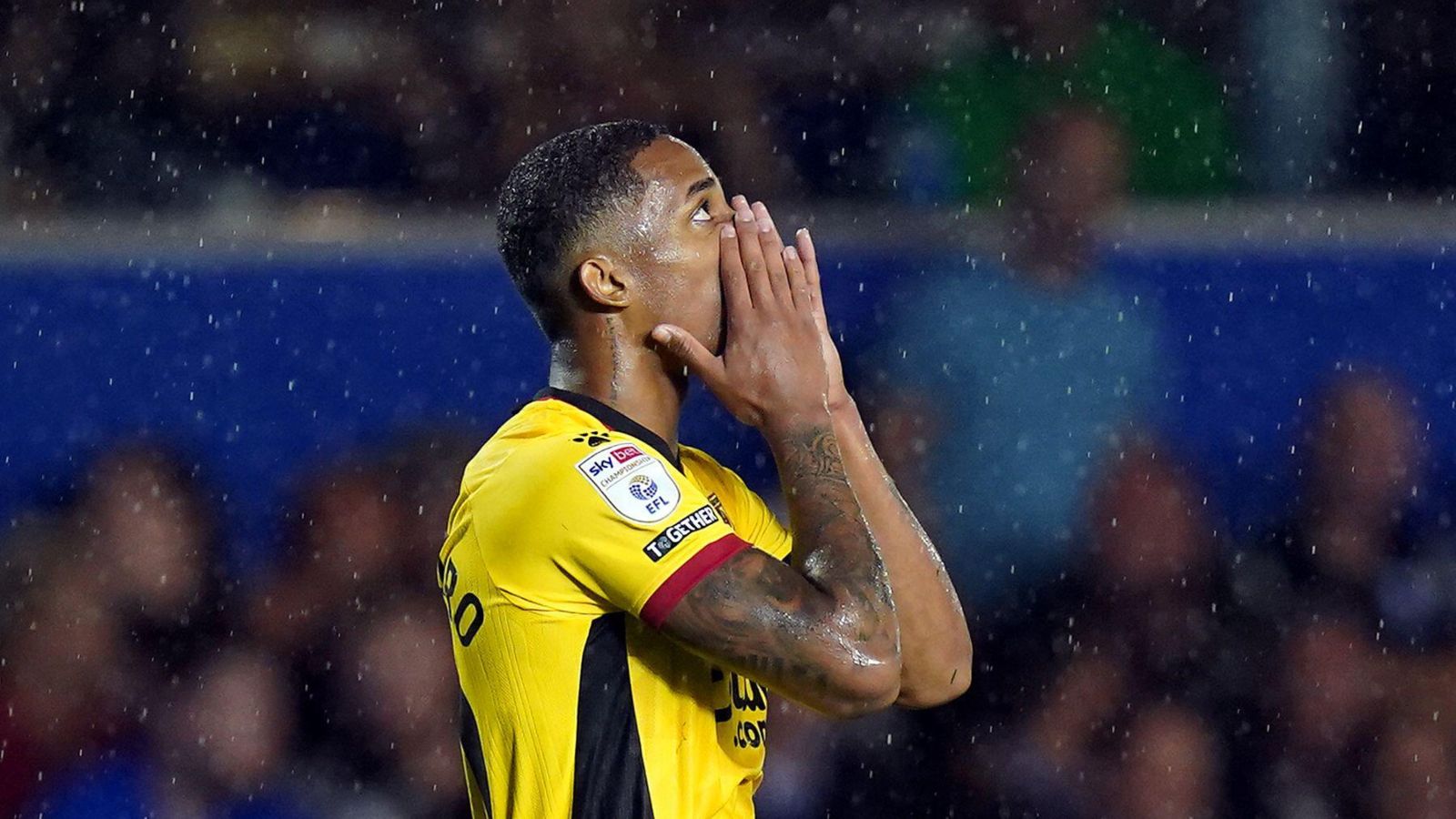 Premier League side Everton are ready to match Newcastle United’s bid for Watford forward Joao Pedro, according to reports.

The Toffees have made five signings this summer with Amadou Onana, James Tarkowski and Dwight McNeil joining permanently, while Conor Coady and Ruben Vinagre moved to Goodison Park on loan.

Richarlison has been their big loss of the summer so far with the Brazilian joining Premier League rivals Tottenham in a deal worth up to £60m.

And now they could sell again this summer for a similar fee with reports claiming that Everton are claming Antony Gordon is not for sale with interest coming from Chelsea, who had a £45m bid rejecte for him last week.

But the Blues are now ‘prepared’ to pay £60m, including add-ons, for Gordon this summer and an offer of that nature could test the Toffees’ resolve.

A separate report from David Ornstein in The Athletic reckons Gordon ‘wants to leave’ Everton for Chelsea this summer but a deal at this stage of the window ‘would leave them with little time to source a replacement’.

But the Daily Mail insist they could already have lined up a ‘possible replacement’ with Everton ‘prepared to match Newcastle’s £30m offer’ for Watford’s Pedro.

The Toffees have ‘made contact’ with Watford over their interest in Pedro and sources have told the Daily Mail that they ‘are now ready to rival the Magpies for his signature’.

Pedro is understood to be ‘keen on a move to St James’ Park’ after Newcastle submitted an offer worth £30m with ‘optimism’ on Tyneside that they will seal the deal.

But Everton’s arrival on the scene could ‘potentially a complicating factor’ for Newcastle and this transfer could now take a little longer than expected.

There were claims yesterday that Pedro moving to Newcastle was a ‘done deal’ but Magpies boss Eddie Howe poured cold water on those reports.

He said: “That’s not entirely accurate but I’m not sort of dealing with these things minute to minute, I’m sort of in the background hearing what’s happening but I don’t think that’s correct.”

On who Newcastle could sign over the next month, Howe added: “If I knew I would be able to tell you… Currently it’s an ever changing thing… I would love to add to it [squad] and bring in players who can make a real difference to the team. We are working very hard to achieve that.”