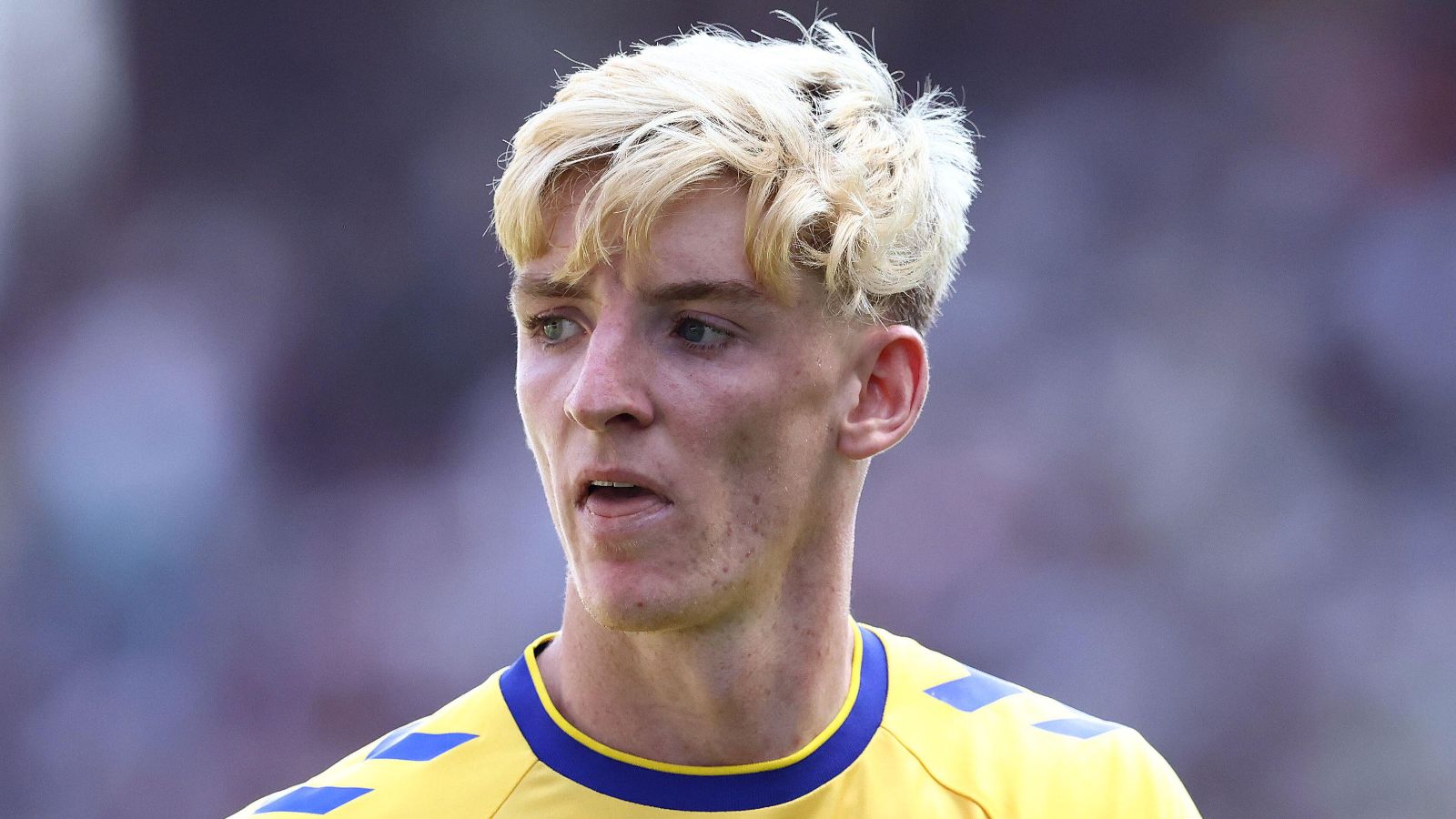 Everton have reportedly turned down a bid worth £45m from Chelsea for their midfielder Anthony Gordon, which is a bit much, surely?

Todd Boehly completed his takeover of Chelsea before this summer’s transfer window and he wasted no time strengthening the club’s squad.

Over £160m has already been spent on new players with Marc Cucurella, Kalidou Koulibaly and Raheem Sterling being their marquee signings.

Chelsea are not done there though as they are also looking to sign Wesley Fofana. They are currently far away from Leicester City’s £85m asking price, though.

The Daily Mail are now reporting that Chelsea have failed with a £45m offer for Everton’s Gordon.

The report adds that Everton ‘will not consider’ him selling him for below £50m this summer. Understandably, ex-Man City defender Nedum Onuoha is not sure Gordon is yet worth such a significant fee:

“At the moment, I couldn’t put him into this Chelsea team and see where he fits.

“I’m looking at Hakim Ziyech, I’m looking at Christian Pulisic; they are technically really good players but they do not really take people on, and that’s one of Anthony Gordon’s huge strengths.

“Playing for Chelsea, where the expectation is to win every game, and if you don’t win two in a row it’s a mini crisis, I feel you need a strong mentality to deal with that pressure. I’m not sure Anthony Gordon at this moment in time is.

“He doesn’t fit in with this current style of play. [Callum Hudson-Odoi] is like another version of Anthony Gordon, and he can’t get into the team.”

Gordon has only one full season as a regular in the Premier League. Albeit last term he was one of very few standout performers for Everton.

Along with Richarlison, he played a key role as the Toffees narrowly avoided relegation down to the Premier League.

Aged 21, Everton consider him to be an integral player over the next few years, so they cannot be blamed for setting their asking price so high.

Chelsea, on the other hand, can be questioned. Gordon is undoubtedly a good prospect, but the Blues cannot have seen enough from him last season to justify paying £45m+ to sign him.

On the player’s side, The Daily Mail suggest that a transfer to Chelsea is one he would be ‘keen’ on.

They also state that while he has three years left on his contract, Gordon ‘does not wish to commit beyond that’.