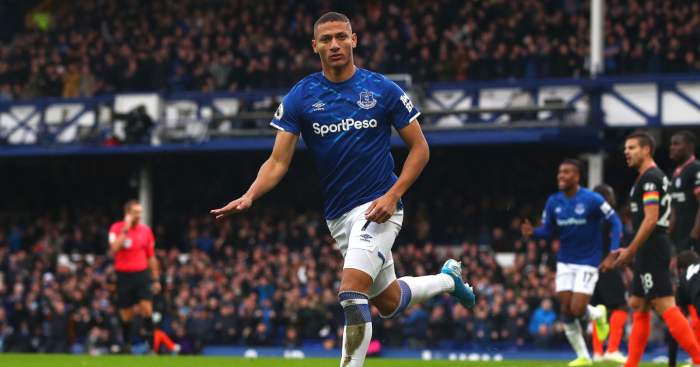 Everton have dismissed Barcelona’s interest in Richarlison, with the Toffees intent on holding onto their Brazil forward.

Barcelona are scrambling to recruit a striker this month, to offset Luis Suarez’s four-month absence due to a knee injury.

The Nou Camp club have pushed hard for a deal to prise Richarlison away from Merseyside, but the PA news agency understands Everton have rejected those overtures.

Sky Sports have reported that Everton rejected a €100m (£85m) offer from Barcelona for Richarlison.

Barcelona are desperate to bolster their resources in the wake of Uruguay striker Suarez’s knee problem, and have also seen a bid for Valencia’s Rodrigo thwarted.

And now their attempts to strike a deal for the 22-year-old Richarlison have also hit a wall.

Richarlison traded Watford for Everton in July 2018 in a £40million deal, and has gone on to score 24 goals in 60 appearances.