Home All The News Everton rejected chance to sign Maguire, Robertson for £20m 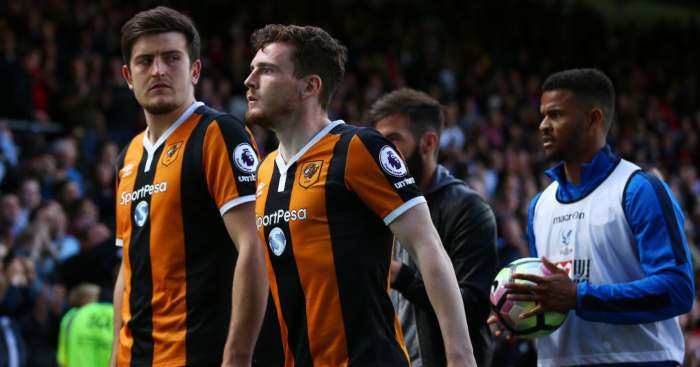 Former Everton director of football Steve Walsh has claimed that the club turned down the possibility of signing Harry Maguire and Andy Robertson for £20million.

Maguire joined Manchester United in the summer for £80million from Leicester City, while Robertson signed for Liverpool from Hull in 2017 before going on to win the Champions League with the Reds last term.

And Walsh, who was replaced by Marcel Brands at the Toffees in May 2018, claims he offered the club a chance to sign the duo for only £20m, while current Man Utd target Erling Haaland was also suggested.

Walsh told The Athletic: “While I was at Everton, I offered them Andrew Robertson and Harry Maguire deals, when they were at Hull, and it was worth £20 million for the pair. Everton wouldn’t take them.

“I had a deal done for Jonny Evans too before he came to Leicester, but again they wouldn’t take him. Erling Haaland, the striker with Salzburg, I had him and his dad at the club with a deal done for £3.4m (€4m). The club wouldn’t back me.”