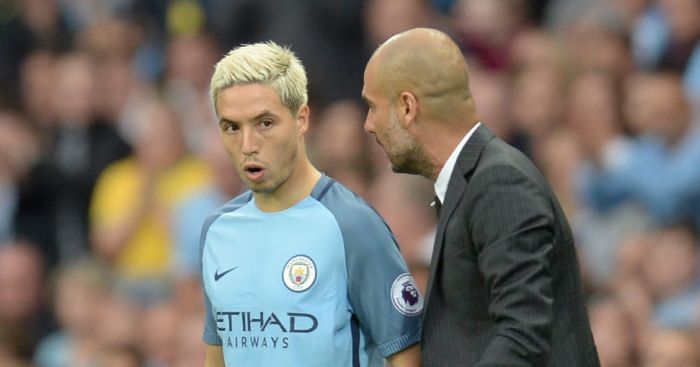 Everton have issued response to speculation that they are considering signing Samir Nasri on a free transfer.

According to reports on Friday morning, Marco Silva was open to the idea of bringing in Nasri as a free agent.

The Daily Mail claim that Silva ‘has discussed the possibility’ of signing Nasri ‘with his staff’.

The former Arsenal and Manchester City midfielder will be able to train with clubs again when his drugs ban expires next month.

He is one of the few top ten free agents with Premier League experience who are still unattached, and the Mail say Everton ‘are in need of an extra creative player’ as back-up.

But the Toffees ‘have distanced themselves’ from the rumours, with the Liverpool Echo saying ‘there is absolutely no interest’ in him on Merseyside.