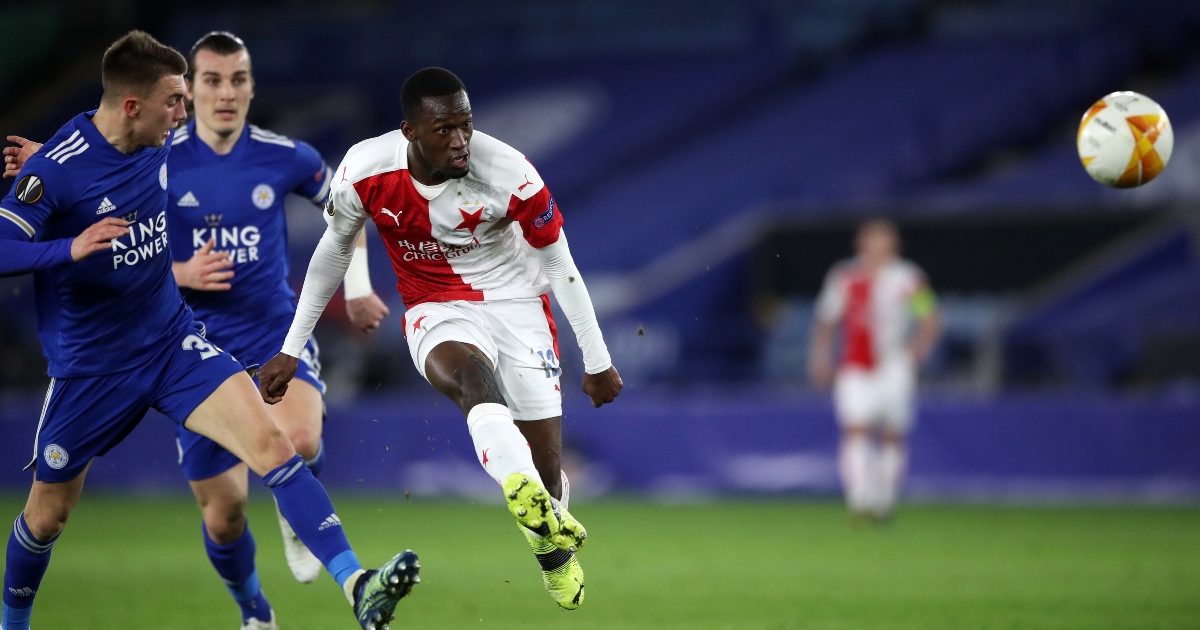 Everton will rival Arsenal for the signing of Slavia Prague starlet Abdallah Sima, according to reports.

The 19-year-old was first linked with Arsenal in December after being dubbed the ‘new Thierry Henry’.

But it looks like the Gunners will face stiff competition to bring Sima to the Premier League.

FEATURE: Silence is golden: The top ten moments without fans so far

According to Football Insider, Everton have lined up Sima as a potential summer target.

The Toffees are planning a bid in the coming months as they aim to improve their forward line.

Sima could be signed to replace Brazilian winger Bernard, who has been heavily linked with a Goodison Park exit.

Everton have been impressed by the player’s incredible breakthrough season.

He’s bagged 19 goals already this campaign, which includes four in the Europa League.

His most recent goal came against Leicester City on Thursday as Slavia knocked the Foxes out of the competition.

The Toffees will need to beat Arsenal to his signature, however.

Arsenal are big admirers of Sima and were thought to be preparing a bid in January.

That offer didn’t materialise, but they could return in the summer.

Sima is a talented young star who looks destined for the top. He can operate either as a right winger or as a centre-forward.

The Senegalese wonderkid will be aiming to follow in the footsteps of Tomas Soucek and Vladimir Coufal.

The pair joined West Ham from Slavia and have become integral players at the London Stadium.

Their hard-working nature and impressive technical ability have made them Premier League successes.

Sima will be hoping to do the same if he secures a move to either Everton or Arsenal this summer.