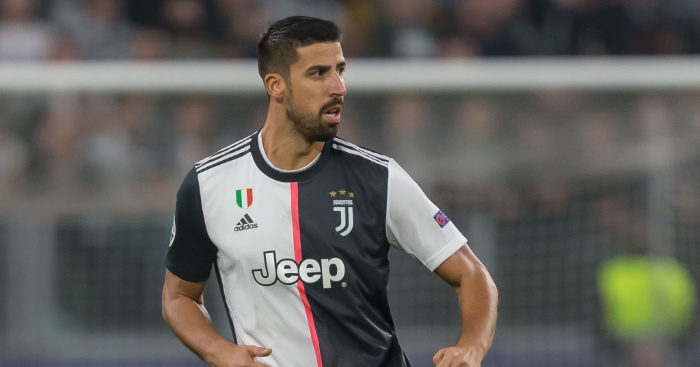 The German player became available recently as Juventus revealed that he wasn’t needed in their squad.

That’s notified clubs across Europe who could pick up an experienced World Cup winner for a decent price.

That’s because the Italian boss thinks he can have a good impact on the player, like he did with former Real Madrid outcast James Rodriguez.

Rodriguez has had a revival at Goodison Park. He’s been playing with freedom going forward and has registered seven goal contributions in his first eight matches.

Ancelotti is adamant he can get the best out of Khedira, who would provide another option in midfield.

But Khedira would be able to fill in if any of them picked up an injury.

He’s a strong ball winner who has won plenty of trophies with both Real Madrid and Juventus.

His main failing is a lack of pace, but the 33-year-old can make up for that with his other attributes.

Khedira is on his way out of Turin after failing to impress new manager Andrea Pirlo.

He’s been replaced in the first team by Adrien Rabiot and Arthur.

That means Everton should be able to sign the player for a small fee, but only if they beat West Ham to it.

David Moyes’ side have already been linked with Khedira as a means to improve their squad.

A move to either Premier League side is strengthened by the player’s recent comments.

Either Everton or West Ham could make Khedira’s dream become a reality once his contract expires in June.