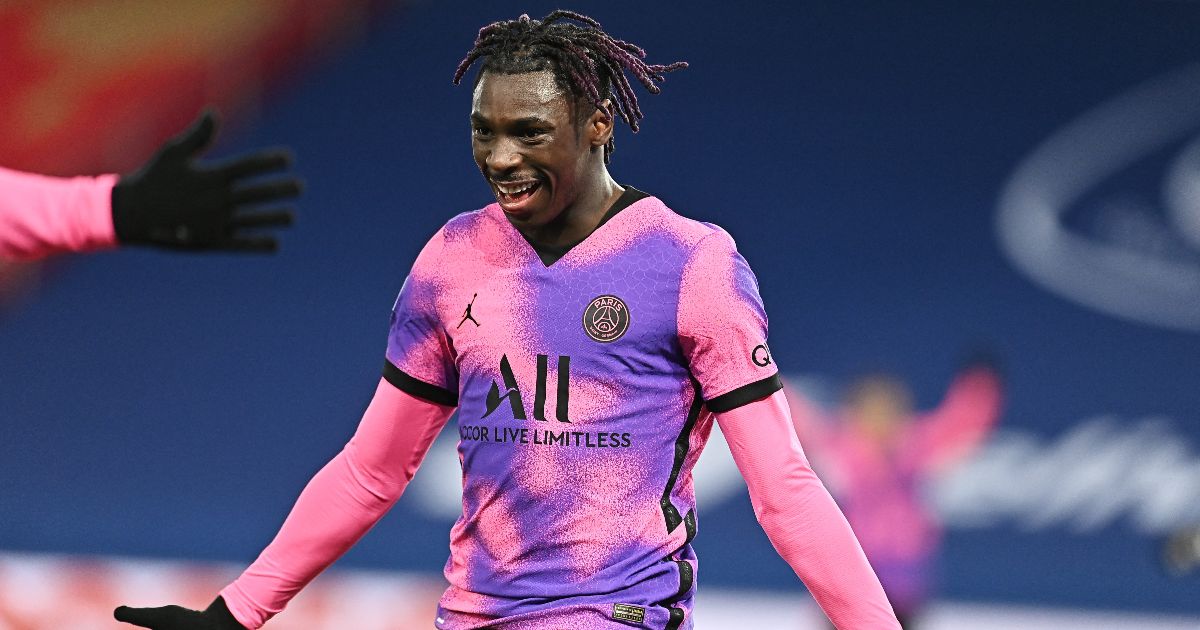 Everton will demand £70m from PSG if they wish to make Moise Kean’s loan move permanent, according to reports.

Kean spent most of his youth career with Italian rivals Torino and Juventus. He broke into the Juventus first team during the 2016/17 campaign and he got his first goal against Bologna in the final game of the season.

After a fruitful loan spell with Hellas Verona, he was inserted into Juventus’ first team for the 2018/19 term.

The forward scored seven times from just 17 appearances for the Italians, which tempted Everton to spend big on him that summer.

Kean signed for the Toffees in August 2019 for an initial fee of €27.5m. He struggled to adapt to life in England, though.

The Italian made 33 appearances for them during his debut season but he only managed to score twice.

He got two goals in the Carabao Cup at the start of the 2020/21 campaign, but he ended up joining PSG on loan in October for the remainder of the season.

Kean has shown his potential for the French giants, netted 14 times from his 25 games so far this term.

The striker’s latest goal came in midweek in the Champions League. He got on the scoresheet as PSG hammered Barcelona 4-1 at the Nou Camp.

Fabrizio Romano, via the Daily Mail, has reported that Everton will ask for around £70m from any suitors interested in Kean this summer. The player still has three years remaining on his contract with the Toffees.