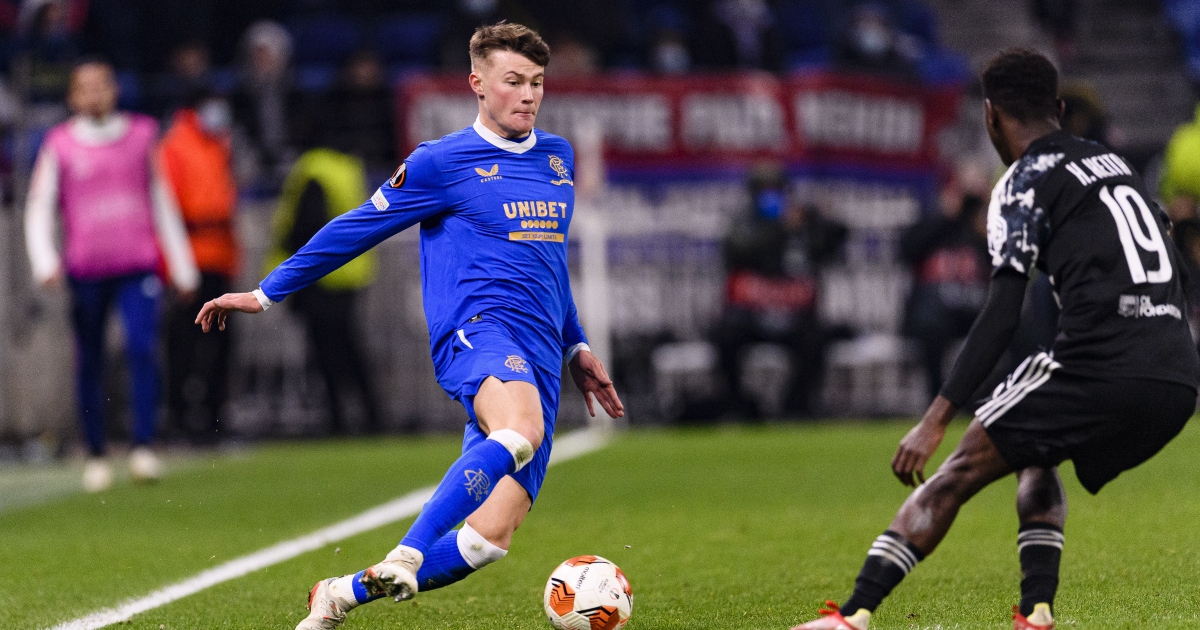 Everton are close to signing Rangers right-back Nathan Patterson, according to reports.

The 20-year-old defender has impressed for the Gers since breaking onto the scene in 2020/21.

Tavernier’s importance as club captain has made consistent game time hard to come by for the young defender at Ibrox.

His potential is clear to see, having broke into the Scotland squad as a teenager following his terrific performances at club level. The 20-year-old was named in Steve Clarke’s squad for Euro 2020, playing six minutes against Croatia in a 3-1 defeat.

And after reported interest last summer, Everton are “closing in on a deal” for Patterson, according to The Times’ journalist Paul Joyce.

Joyce wrote on Twitter: “Everton closing in on a deal for Glasgow Rangers right-back Nathan Patterson.”

The news was also confirmed by transfer journalist Fabrizio Romano, who said: “Deal set to be completed for Nathan Patterson to join Everton from Rangers. Negotiation at final stages. He’ll be Toffees second signing after (Vitaliy) Mykolenko.

Deal set to be completed for Nathan Patterson to join Everton from Rangers. Negotiation at final stages as per @_pauljoyce – he’ll be Toffees second signing after Mykolenko. 🔵 #EFC

The Toffees attempted to sign Patterson in the summer window, but their reported £5m bid was labelled a “joke” by Gerrard.