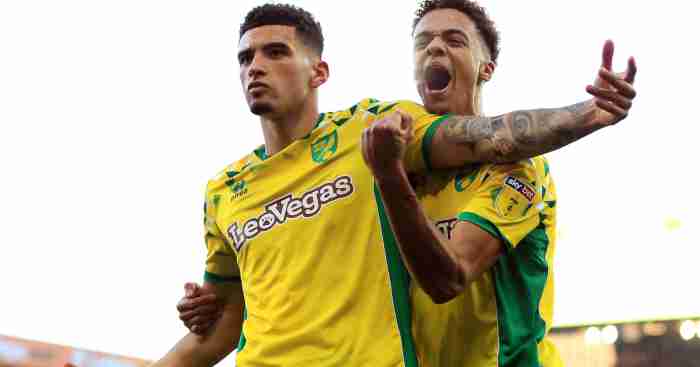 Everton have agreed on a deal to sign Norwich City’s Ben Godfrey for around £25m, according to reports.

The 22-year-old first made his name in 2017/18, during a fruitful loan spell at Shrewsbury Town. He made 51 appearances for them that season, as they lost in the League One play-off final to Rotherham United.

It looked like he would head out on loan again in 2018/19, but he eventually fought his way into the Norwich starting XI under Daniel Farke.

He soon became a key player in Farke’s side that won promotion to the Premier League. The defender played 36 games in all competitions as Norwich steamrolled their competition en route to ending the season as champions.

The youngster impressed again last season. He was one of Norwich’s strongest players as they were relegated back to the Championship.

He featured in 30 Premier League games and he gained a lot of admirers for his performances.

Norwich have already lost Jamal Lewis, and now Godfrey appears set to be the latest to depart the club this summer.

Paul Joyce, a journalist for the Times, has reported that Everton have now agreed a £25m plus add-ons fee for the Norwich starlet.

Carlo Ancelotti’s side have already been busy this summer. They have brought in three top talents to bolster their midfield armoury.

The Toffees pulled off a major coup to sign James Rodriquez on a free transfer from Real Madrid. The Columbia international joins on a two-year deal from the Spanish giants.

They have also brought in Napoli midfielder, Allan, for a fee believed to be around £23m. Their other midfield signing is Abdoulaye Doucoure from Watford for a fee of around £20m.

Wonderkid Niels Nkounkou has also come in from Marseille on a free transfer.

If the deal for Godrey goes through, he will immediately challenge for a starting place in Everton’s back four.