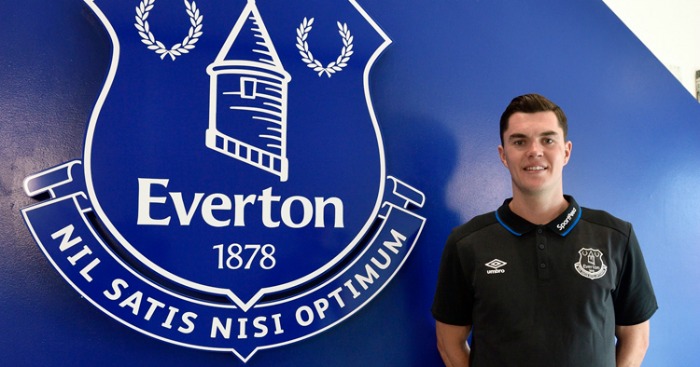 With five new signings and over £85million spent, Everton are most people’s winners of the transfer window so far. However little that may count come September, few aside from Jamie Carragher would deny that the Toffees deserve credit for the manner of their recruitment so far.

Despite being one of the Premier League’s most patronised clubs, the plaudits are now genuine. The combination of proven quality and potential is a common theme running through all of their recruits, while the ambition the club has shown to spend and the speedy manner in which they have done so all make for a job well done.

No one would argue that the five signings – a total which includes Henry Onyekuru, who won’t feature at Goodison Park this season – don’t make Everton look considerably stronger. And there are almost certainly at least two more to come – possibly the most headline-grabbing of the lot – with Wayne Rooney, Gylfi Sigurdsson and Olivier Giroud all heavily linked with the Merseysiders.

Jordan Pickford is a huge upgrade in goal, though after a season of Joel Robles and Maarten Stekelenburg, so too would have been a scarecrow in gloves. Michael Keane and Ashley Williams have the potential to form one of the most solid central defensive partnerships outside of north London, while Davy Klaassen and Sandro Ramirez both add quality and depth to Koeman’s attacking options. Each signing has the potential to increase their value, Sandro especially, and while Everton will tell you that matters far less now than it did even a year ago, it undoubtedly remains a factor in the identification process.

In Steve Walsh’s first full summer in his role as director of football, the Toffees have chosen recruits with a balance of youth and experience. The four first-teamers range from 21 to 24 years old and bring with them an average of 65 top-flight appearances across three of the major leagues in Europe. Just as impressive is the speed and efficiency of the club’s recruitment, though in that respect they have certainly been helped by the fact they have not yet been dragged into a bidding war. The pursuits of Sigurdsson and Giroud, should Everton decide to follow up their interest with firm, decisive offers, will be far more complex.

Everton have had it all their own way so far, but they now face bigger tests in the market. All the focus has been around arrivals, but the threat of departures looms large. The Toffees certainly have no need to sell Romelu Lukaku, but if the striker wants a move badly enough and a club is willing to pay an exorbitant price, then we all know the likely outcome. Everton are said to value Lukaku at £100million, but if that was meant to scare suitors off, it doesn’t appear to have worked with Antonio Conte, who has reportedly told Chelsea to spend whatever it takes.

Doubts still surround Ross Barkley, who has entered the final year of his contract. It seems almost inevitable that Tottenham will wait until the end of next month before dangling £25million in front of Koeman, who knows he now has the talent to replace a player who has sparked the Dutchman’s ambivalence at best.

Should Everton lose their 25-goal striker and the academy graduate who might yet hit those predicted heights, that would certainly put a more negative slant on their summer’s work. One or both may yet stay, and their success so far is only likely to encourage either to stick around, at least for another season. But even if both were to leave, it would not represent the crushing blow of seasons past. Walsh and his team will have contingency plans in place, and if they involve Giroud and Sigurdsson, then Everton would not find themselves too far away from where they started.

Everton’s business represents the club’s most liberal approach to splashing cash in almost three decades, specifically since 1988 when they were the summer’s biggest spenders; as a note of caution, they ended that season in 10th place and as beaten FA Cup finalists. Everton may be on too stable a footing to endure such an anti-climax, and their approach at least suggests their intent to crack the top six is serious, as well as an acknowledgement of the scale of the task ahead. While Koeman’s first season brought progress after the last dark days of Roberto Martinez’s reign, Everton still found themselves eight points behind Manchester United, who chucked in their Premier League run-in to focus on the Europa League, and 15 points behind Liverpool in fourth.

United, City, Liverpool and Chelsea will all certainly be starting the season stronger than they finished the last; Tottenham will be no weaker and while it is still difficult to see how Arsenal will shape up come the end of the window, Everton have a lot of ground to cover to avoid being marooned again in seventh.

Regardless of what their net spend is come September 1, Everton’s brief will be to leapfrog at least one of the current top six. Koeman and Walsh have made a positive start to shaping a squad capable of pulling it off, but far greater challenges lie ahead.