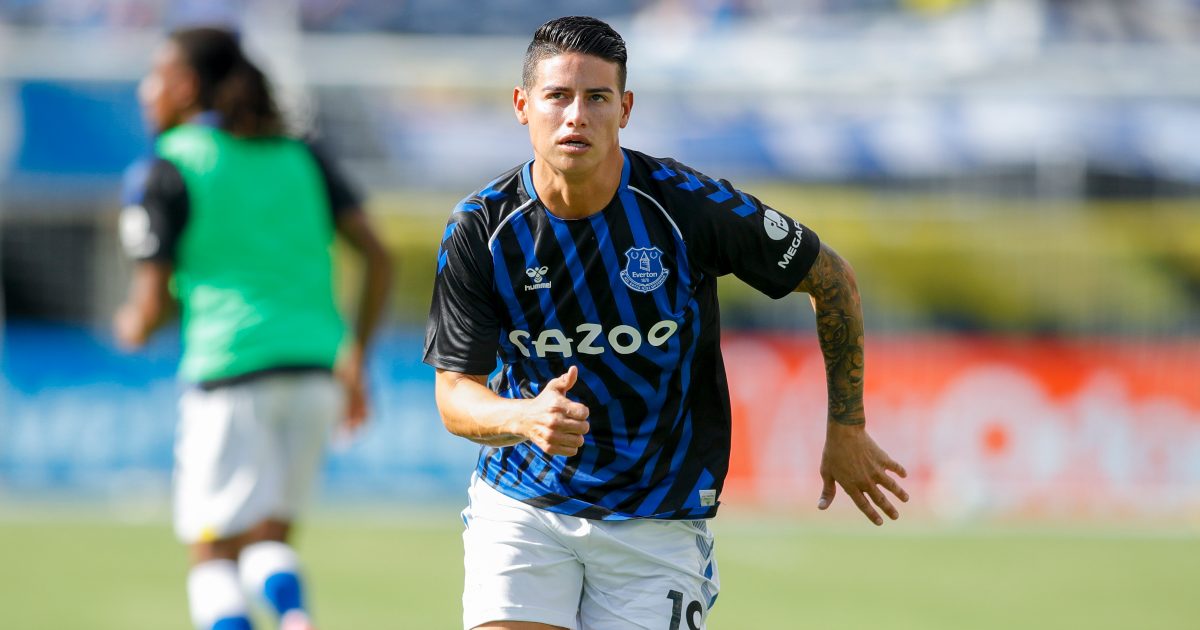 James Rodriguez has suggested that Rafael Benitez is to blame for his exit from Everton as the Spaniard “didn’t count on him”.

Following spells at Real Madrid and Bayern Munich, the midfielder joined Everton on a free transfer ahead of the 2020/21 campaign.

The 30-year-old impressed in fits and starts for the Toffees. He was impacted by injuries as he was involved in eleven goals from his 23 Premier League outings.

The Italian was replaced by former Liverpool boss Benitez. Rodriguez was not part of the manager’s plans as he was sold to Qatari-based side Al-Rayyan at the start of the 2021/22 season.

The player has now revealed that he “wanted” to remain at Everton:

“I would have liked to have been at Everton for much longer,” Rodriguez explained (via The Express).

“When I arrived from the Olympics, I was even surprised at how much he [Rodriguez] was running and dedicating himself to training, training well.

“And out of nowhere, the coach [Benitez] said he didn’t count on him anymore. And nobody understood anything. So I think that also weighed a little on the group because we know about James’ quality.

“Also from [Lucas] Digne, who we ended up losing. So it weighs, it weighs. Like it or not, it weighs on the group. We had a united group there and ended up losing two important players. So I think that’s it. James, we wish him all the best.”

Elsewhere, Frank Lampard has acknowledged that Everton are in a relegation battle:

“I think it’s really clear isn’t it? The position we’re in in the table is clear, it’s not something we have to debate.

“As a team and a staff we just have to work on getting results to improve our position.

“When we won last week things looked a lot better and we’ve lost today and it looks worse.

“But I don’t think we have to deny our position. Our league position explains a lot and is one of the reasons I’m here.

“It’s my job to find the reasons why this has happened.

“When we have been great we have backed ourselves, but the minute games turn against us there can be a mentality issue for the players.”