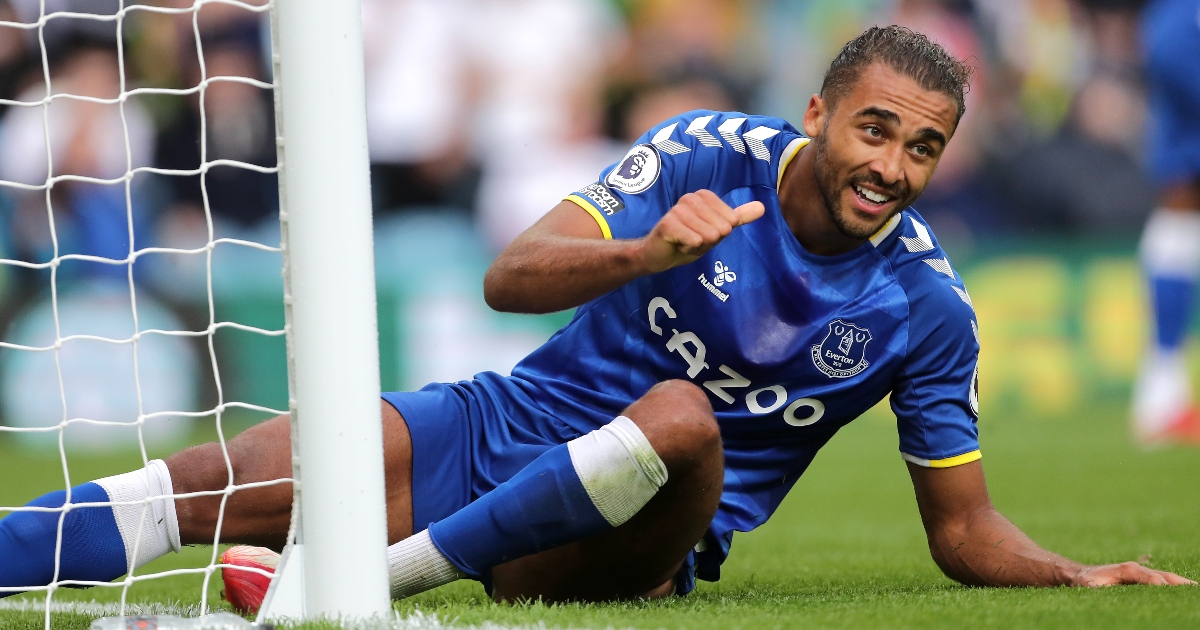 Everton striker Dominic Calvert-Lewin has suffered a setback in his rehabilitation from a thigh injury – dealing a huge blow to the Merseyside club.

The England striker has not featured since August 28 because of a quadriceps problem but his recovery has not gone smoothly and the Premier League club say he will “remain out for a number of weeks”.

“Calvert-Lewin will continue to receive specialist treatment and an update on the England international’s fitness will be provided in due course,” said an Everton statement.

The 24-year-old, who was top scorer for the club with 21 goals last season, had scored in each of his first three matches before sustaining the injury.

This has added to Rafael Benitez’s injury problems after it was confirmed that Abdoulaye Doucoure suffered a broken foot.

The 28-year-old midfielder suffered the injury during the Blues’ Premier League defeat to West Ham at Goodison Park on Sunday.

The Frenchman is undergoing further tests to determine the full extent of the problem but Everton have ruled out surgery.

The club said in a statement: “Everton can confirm that Abdoulaye Doucoure has suffered a stress response in a bone in his foot sustained during Sunday’s match against West Ham United.

“The French midfielder is being assessed by the club’s medical team at USM Finch Farm and is undergoing further investigation to determine the full extent of the injury.

“Contrary to reports, Doucoure will not require an operation.”

Meanwhile, Calvert-Lewin is “on the list” of Newcastle United targets but they face competition from their Premier League rivals, according to reports.

The 24-year-old started this season well as he scored in his first three Premier League games. He has been unavailable since then though as he suffered a fractured toe.

The Telegraph are reporting that the forward is “on the list” of Newcastle targets. They want to bring in a new centre forward to provide “support” for Callum Wilson.

Arsenal, Man City and Man United are named as “admirers” of the player. It is also stated that “there is interest” in him from one “major” Bundesliga club.