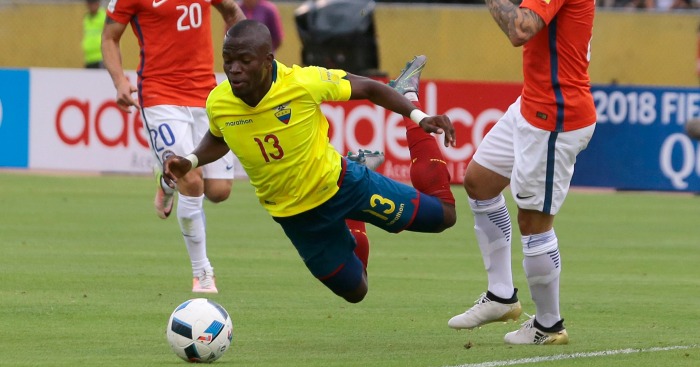 Enner Valencia is remarkably understood to have faked an injury to escape from police during Ecuador’s victory over Chile.

Everton striker Valencia, on loan from West Ham, was confronted by police officers upon arriving at the stadium on Thursday over unpaid child maintenance bills.

Enner Valencia has apparently been apprehended at the Atahualpa Stadium in Quito today. pic.twitter.com/PmORmzQkPI

The 26-year-old then started Ecuador’s 3-0 victory and orchestrated his own exit from the ground by being substituted and leaving in an ambulance.

Police chased Valencia on foot as the forward was carried to an ambulance in a golf cart.