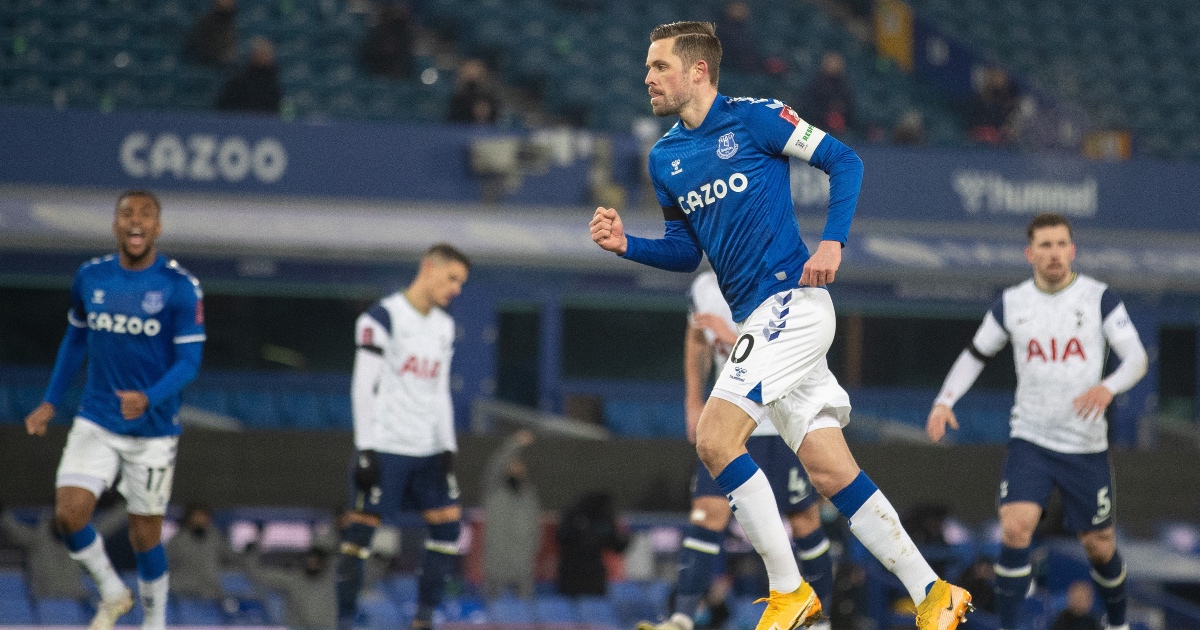 Everton are prepared to sell midfield star Gylfi Sigurdsson this summer, according to reports.

Sigurdsson has been great for manager Carlo Ancelotti during the 2020/21 campaign.

He’s scored four goals and assisted four more with Everton firmly in the race for a Champions League spot.

According to Football Insider, the Toffees are willing to let Sigurdsson leave this summer despite his impact.

It’s part of their transfer plan to rely on younger players going forward.

His contract at Goodison Park expires in June 2022 but will not be extended.

As a result, Everton will look to sell Sigurdsson in the coming months instead of losing him for free.

They’re even prepared to take a loss on the player.

Everton brought Sigurdsson to Goodison Park for £45million back in August 2017, but won’t be able to recoup that fee.

The Toffees already have James Rodriguez who can operate effectively in Sigurdsson’s role.

Ancelotti is also benefitting greatly from the young attacking partnership of Richarlison and Dominic Calvert-Lewin.

That left little space for a central attacking midfielder such as Sigurdsson, forcing him to the bench.

Plenty of Premier League clubs will be interested in signing the playmaker should he opt to leave.

He’s a proven performer in the top flight with plenty of experience.

Sigurdsson was part of the Iceland team which dumped England out of the 2016 Euros in the round of 16.

He’s amassed an impressive 78 caps for his country, as well as 307 Premier League appearances.

Swansea City might be willing to bring their former player back to Wales.