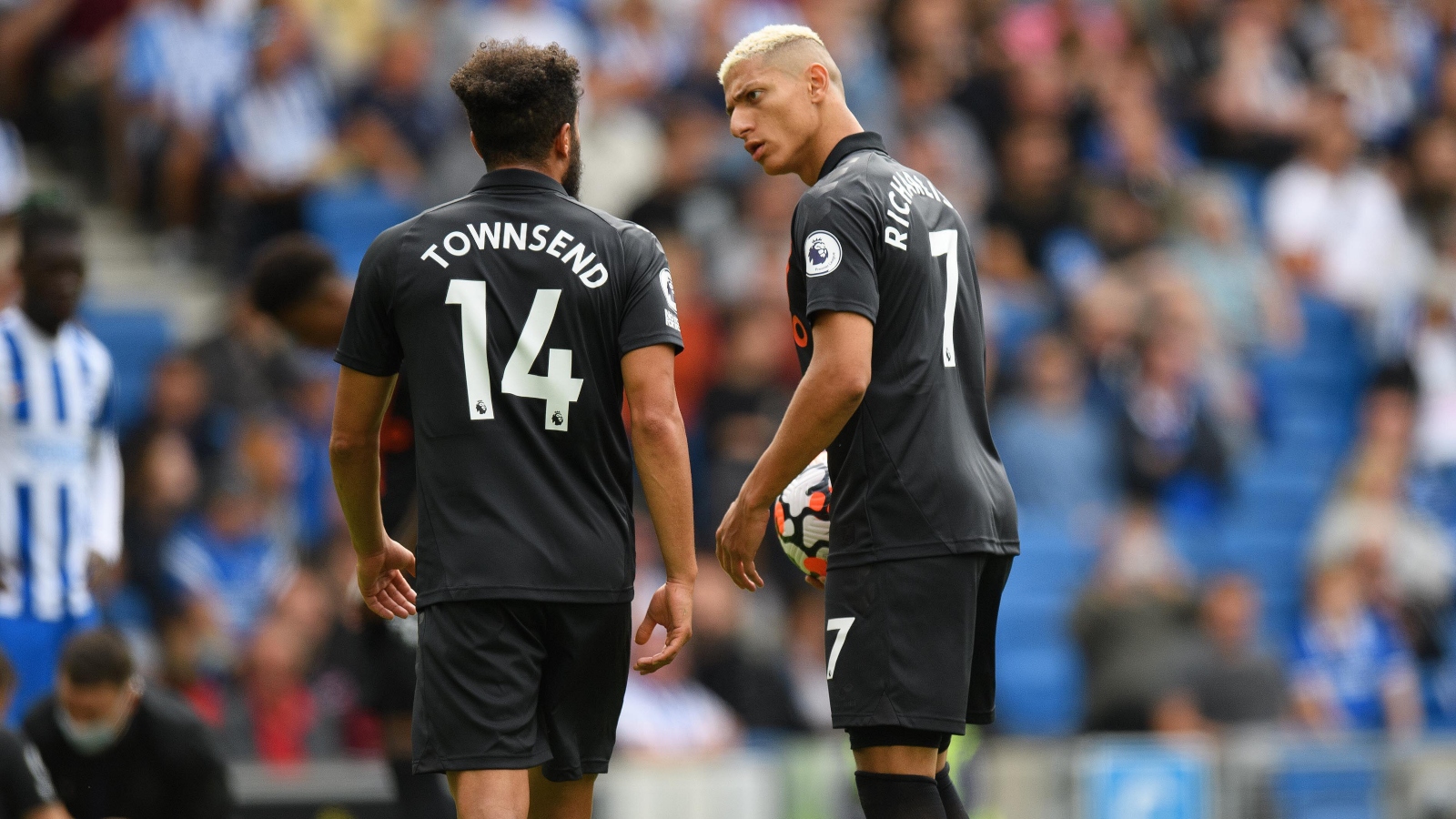 It is “slightly disrespectful” to claim Tottenham is a “step up” from Everton, according to Toffees winger Andros Townsend.

Spurs are heavily linked with a move for Richarlison, who scored ten Premier League goals last term as his side narrowly avoided relegation to the Championship.

The Merseyside club are believed to be open to letting the Brazilian striker leave this summer in order to balance the books.

A £50m switch has been rumoured, but the two clubs appear to be far apart on their valuations as things stand.

Speaking to talkSPORT, Richarlison’s Everton teammate, Townsend, has stated that leaving the Blues for Spurs would not be much of a step up.

“I think you’re being slightly disrespectful by calling Spurs a step up.” Townsend replied when asked how big a move to Spurs would be for the 25-year-old (quotes via 90min).

Elsewhere, Spurs have sent Barcelona defender Clement Lenglet an ‘ultimatum’ about a transfer this summer, according to Mundo Deportivo.

Lenglet joined the La Liga giants from Sevilla for a fee in the region of £32m in July 2018.

The report claims that Spurs have asked the Frenchman to make a decision about his future this week. The north Londoners are said to be the club ‘most interested’ in signing the 27-year-old.