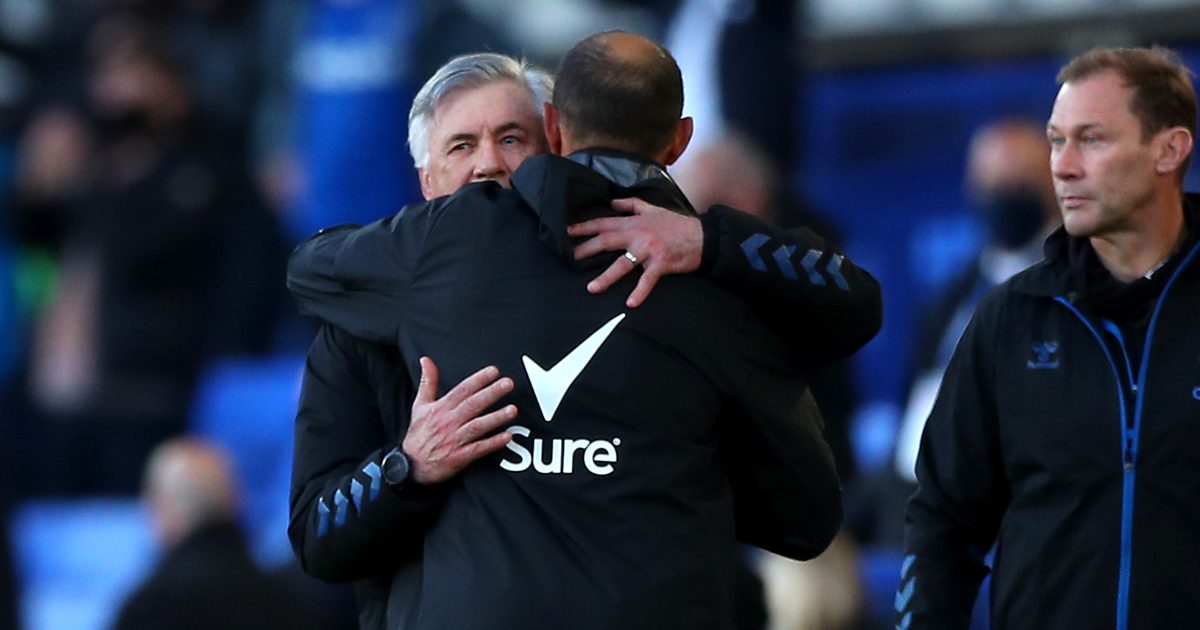 Everton are to try to “tempt” former Wolves boss Nuno Espirito Santo back into management amid reports that Carlo Ancelotti is set to rejoin Real Madrid.

The Spanish giants have been on the lookout for a new manager since they parted ways with Zinedine Zidane.

Massimiliano Allegri was heavily linked with the job until he took over at Juventus. Antonio Conte and Raul have also been mentioned as potential contenders.

This was until reports emerged on Tuesday which suggested that Ancelotti was “in talks” with Madrid over a return to the Bernabeu.

Reliable football insider Fabrizio Romano has since offered an update that suggested that an announcement is expected “soon” over Ancelotti’s future.

Ancelotti has already had a spell at Real Madrid as a manager. He spent two years there between 2013 and 2015. During that time, he won the Champions League.

Carlo Ancelotti to Real Madrid, here we go! The agreement on the termination of his contract with #EFC is set to be completed, the two clubs are in direct contact then Carlo will re-join Real Madrid. ⚪️🚨 #Real

Expected to be official soon, as per @jfelixdiaz @ellarguero. 🏁⌛️

The Italian has had a year and a half at Goodison Park. He guided them to a twelfth-place finish in 2019/20. This was before Everton finished tenth this season.

The Toffees were in the fight for a European place for much of the term until they fell away from contention.

Last month, Ancelotti played down links of a move back to Real Madrid:

“This is good publicity for me to be linked with Real Madrid but it’s not true.

“I would like to be there when the new stadium opens; to finish the contract here until 2024 means you did a good job. I would like to stay as long as possible.”

Everton are now on the lookout for a new boss and they have lined up a former Premier League manager.

TalkSPORT have reported that ex-Wolves boss Nuno Espirito Santo is being targeted. They suggest that the Toffees will “try and tempt Nuno into making a swift return to management” this summer.

Nuno left Wolves at the end of the season after four years in charge at The Molineux. He guided them to successive seventh-place finishes after they returned to the Premier League.

But they dipped in 2020/21 as they ended up finished in thirteenth.