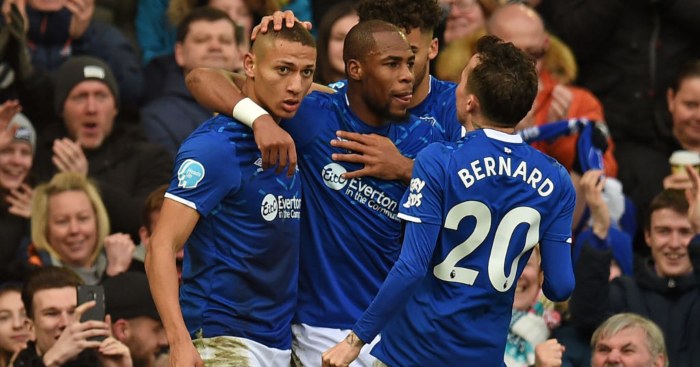 Everton v Leeds is under the tactical microscope.

Tactical pattern
Whether 4-3-3 or 3-4-3, Carlo Ancelotti ensures Everton are an open team, because despite not engaging in a high press they are willing to spread wide in possession and counter-attack at pace. That points to another highly entertaining Leeds United match; Marcelo Bielsa’s side are always involved in high-scoring games unless facing teams who prefer to regroup rather than counter (such as Arsenal, Man City and Wolves).

But the wider tactical pattern, beyond some end-to-end chaos, is harder to predict. If Everton go for the 4-3-3 deployed throughout 2020/21 then Leeds can exploit the space behind James Rodriguez, whereas if Ancelotti plumps for the 3-4-3 used in the 3-2 win over Fulham then they may be able to shut down the flanks – only to leave the middle of the park wide open. With Everton conceding at least two goals a game in each of their last six, it’ll be entertaining either way.

Ancelotti will probably go for the 3-4-3 used at Fulham, because this would allow his wing-backs to get tighter to Jack Harrison and Helder Costa without fearing loss of shape behind. Bielsa overloads the wide areas with bodies, creating triangle interchanges that can easily overwhelm an opposition full-back if they aren’t supported properly by a winger.

James Rodriguez’s positional errors from a right-wing position have led directly to four opposition goals this season, hence the switch to 3-4-3. Nevertheless the flanks will be the key battle zone at both ends, with Leeds looking to improve their record against back threes (they were beaten by Wolves and Leicester City) and Everton swinging in crosses from out wide. After the victory at Fulham, Dominic Calvert-Lewin cited the system change as the reason for Everton’s improved crossing.

Keep an eye on… Leeds’ one-twos in the middle
Perhaps the most unique aspect of Bielsa’s tactics is the style of their one-twos. The passer tends to follow the line of the ball after it is released, rather than run at an angle to it, which means they arrive unexpectedly in the same zone as the receiver. This causes huge disruption, and as a third runner pours forward creates a choreographed one-two-three. Most prominently, the winger starts this move out wide, arriving at pace centrally.

That should worry Everton fans. Both of Fulham’s goals at Craven Cottage were alarmingly simple one-twos on the edge of the penalty area that tore a hole in the Everton defence, capitalising on the major issues with a 3-4-3; when the wing-backs are forced into the back line, it leaves a two-man midfield with big spaces either side. Leeds could make excellent use of these zones.

One to watch… Richarlison
Richarlison’s individual battle with Luke Ayling is vital. Everton have lost every game in which the Brazilian hasn’t featured, highlighting his value as the direct outlet on the left wing, which in turn frees up space for Lucas Digne to cross. Ayling has a real challenge to prevent Richarlison from running the game.

In a 3-4-3 there is less pressure on Richarlison to track back, although Leeds will often pile bodies down their right in the hope of distracting Everton’s defenders – and leaving Ayling free on the overlap. The head-to-head between these two players may decide the outcome.