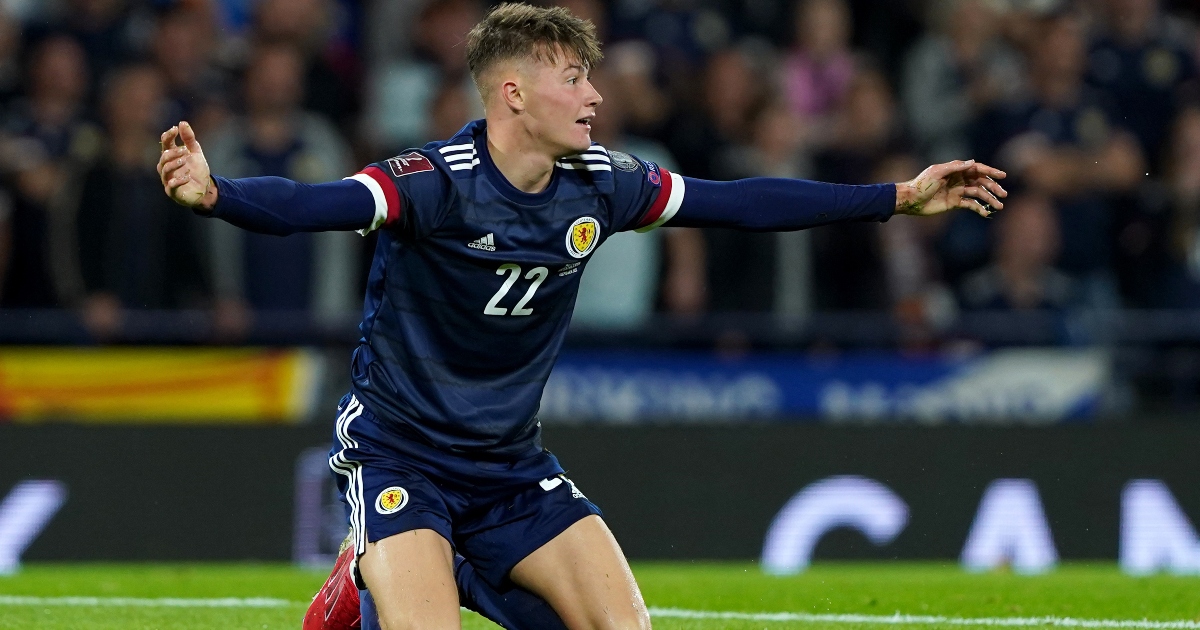 Everton have a ‘clear run’ at signing Nathan Patterson and are prepared to meet Rangers’ £10million asking price for the youngster, according to reports.

Arch-rivals Liverpool have also been linked with a move for the 19-year-old, but have reportedly withdrawn their interest.

The Toffees were unable to agree a fee for Patterson in the summer transfer window but could go back in for him in January or next summer.

This is according to The Sun, who say the Gers want £10m for the young right-back.

Patterson has developed brilliantly in the last year and was called up for Scotland’s Euro 2020 squad by Steve Clarke after a good 2020/21 season filling in for James Tavernier while he was injured.

He made his first start for the Scots against Moldova during the recent international break.

Patterson was instrumental in the only goal of that game, intercepting the ball just inside his own half before driving forward and seeing his shot parried by the goalkeeper into the direction of Lyndon Dykes to tap in the winning goal.

And when Everton reportedly bid £5m last month for the teenager, Rangers boss and Liverpool legend Steven Gerrard labelled the Toffees as ‘jokers’.

He said: “That’s definitely come out of a joke book, surely.

“We want to keep our best players, especially our home-grown and local ones.

“He’s not someone we’re looking to move on, but every single person has got a number.

The player is under contract at Ibrox until 2024.

Elsewhere, James Rodriguez has said that he is “ready” to play if Rafa Benitez selects him for the Toffees’ match against Burnley on Monday evening.

The 30-year-old was free to leave Merseyside this summer but didn’t get a move away from the Premier League club.

Addressing his fans on Twitch, Rodriguez said [via AS]: “I’ve been coming in for a couple of days now, I had four days off.

“I’m preparing myself in case I have to play, I’m ready to do well if I have to play. I’m getting in good shape physically, I’m fine. I’m calm.

“Everton play on Monday, if they want to take me I’m ready, I’m looking forward to playing if it’s my turn.

“I’m very happy because the Everton fans have shown me a lot of affection, if I get to play I’ll play well as always.”