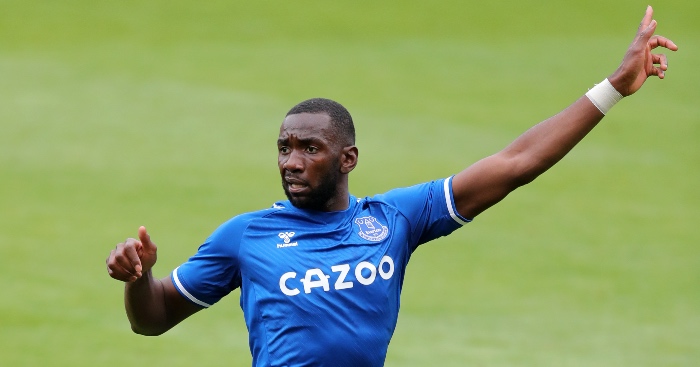 Everton outcast Yannick Bolasie has joined Championship side Middlesbrough on loan until the end of the season.

Bolasie hasn’t featured for the Toffees this term after being omitted from Carlo Ancelotti’s Premier League squad.

He was close to agreeing a loan move in the summer, although it failed to be agreed before the transfer deadline.

Boss Neil Warnock is hoping to improve his squad this month as Boro chase promotion to the Premier League.

Speaking about the transfer, Warnock said: “I’ve known Yannick for many years. I asked him if he could help us out until the end of the season and get some fitness in at the same time.

“We can’t expect wonders but he’s a good lad and he can play different positions for me. He’ll be good in the dressing room and it’s a big boost for us.”

Bolasie spent most of last season on loan in Portugal with Sporting Lisbon. He made 25 appearances for the club, scoring two goals and assisting five more.

He last featured for Everton during the 2017/18 season under Sam Allardyce.

Bolasie’s move could be made permanent if he impresses in the Championship.

Everton will be hoping to get him off their books, as he currently earns £75,000 a week without contributing to the first team.

He isn’t the only player that could leave Goodison Park this month.

Striker Cenk Tosun is close to securing a loan move back to Turkey with Besiktas.

Russian side CSKA Moscow are also interested in the 29-year-old.

Brazilian winger Bernard is the subject of interest from the United Arab Emirates. Al Nasr will have to pay £9 million to sign him.

Letting some of their squad players leave will allow Ancelotti to bring in January recruitments. They’ve been linked with a £45 million move for Lazio’s Luis Alberto, who used to play for city rivals Liverpool.