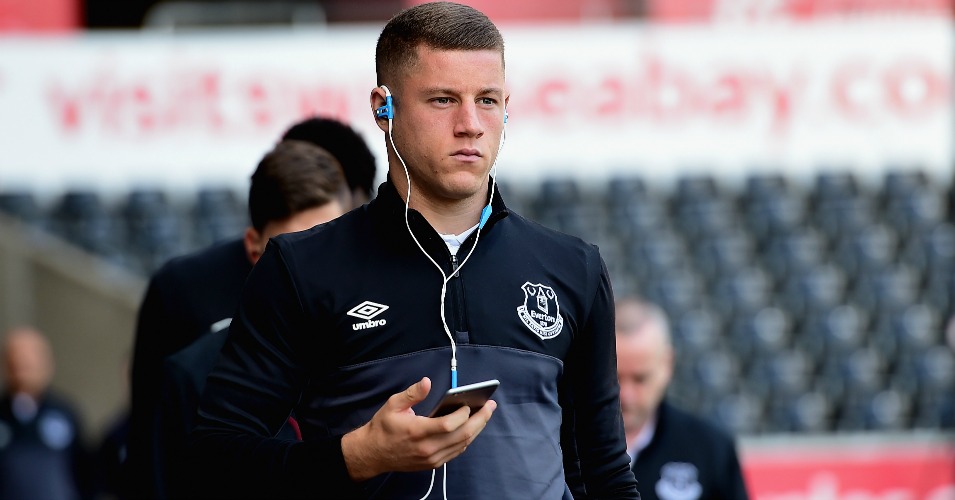 Ross Barkley has reportedly told Everton that he is not ready to extend his contract at Goodison Park.

The England midfielder has been hugely underwhelmed by the club’s performance this season under Roberto Martinez and is believed to be considering his future, according to Bleacher Report UK.

Everton are happy with Barkley’s progress and have a new improved deal lined up for the 22-year-old, who still has two years remaining on the four-year, £60,000-a-week deal he signed in 2014.

But Barkley wants to put the talks on hold and wait to make a decision on his future after the European Championships in the summer and club officials are believed to be worried that Barkley will leave if Roberto Martinez stays on as boss.

Barkley is understood to like the idea of a new coach at Goodison as he has lost faith with the under-fire Martinez, who is set to hold talks with the Everton hierarchy on Friday afternoon.

A host of clubs are tracking Barkley, who has scored 14 goals for club and country this season, with Manchester United and Manchester City, both paying close attention.

However, London duo Arsenal and Chelsea are both huge admirers of Barkley, and are likely to be in the hunt for the player who Martinez is desperate to keep hold of.

In February Martinez, speaking about Barkley’s contract, said: “We will probably look at it in the summer. As I’ve said before, Ross is not a young man any more.

“He’s a player you can build a project on. When you want to build a project it is about a player who wants to play for Everton and wants to take that role. It is one thing as a manager wanting to do something, if the player doesn’t feel the same way then you cannot do it.”