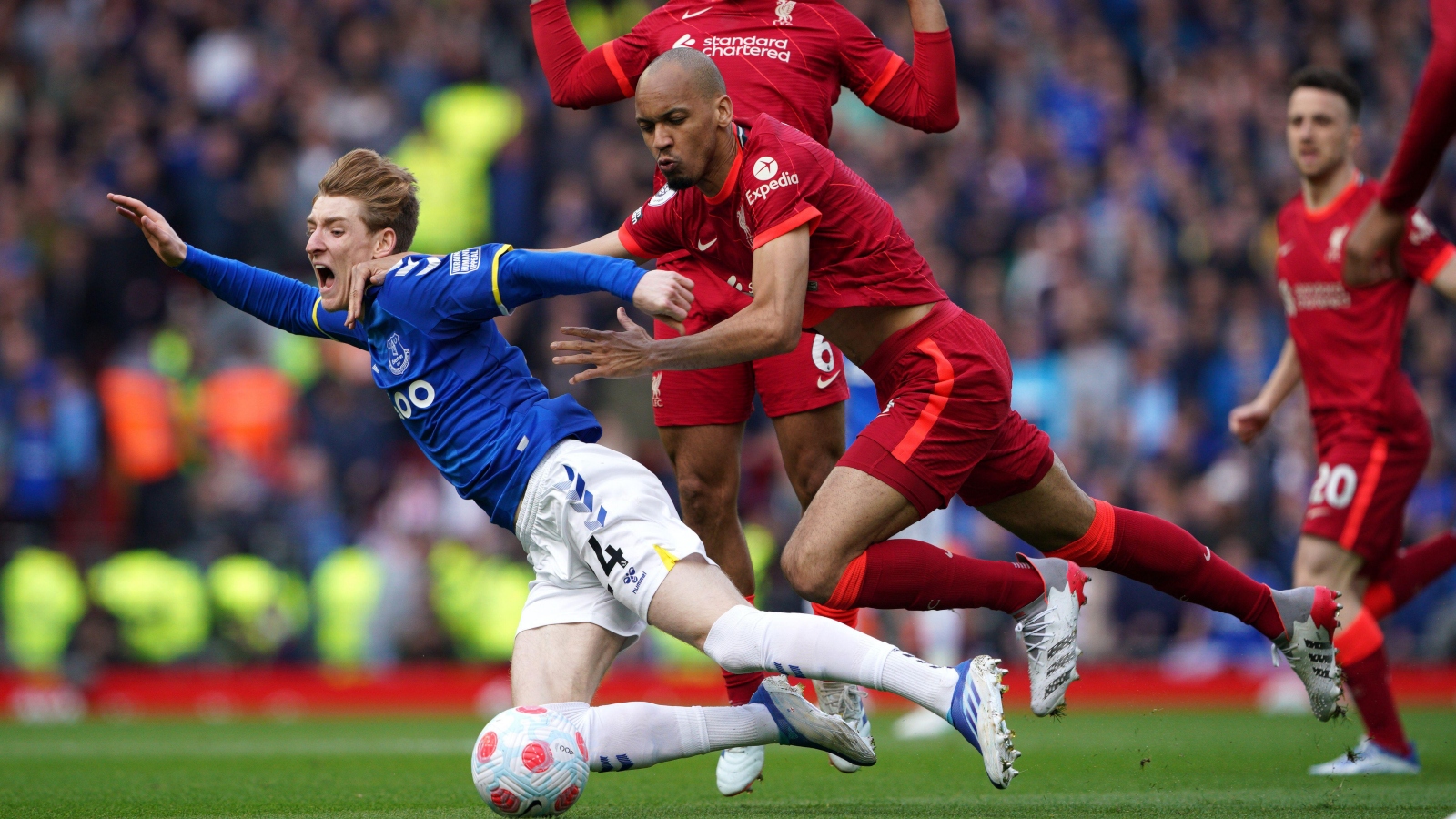 Everton have asked the Professional Game Match Officials Board to explain some of the refereeing in their 2-0 derby defeat to Liverpool.

The PA news agency understands the club are unhappy that the second-half incident involving their forward Anthony Gordon, who had previously been booked for diving, and Liverpool defender Joel Matip was not given due consideration.

Referee Stuart Attwell decided no penalty should be awarded and there appeared to be no VAR check afterwards as the game continued at 0-0.

Last month the club received an apology, following another official complaint, from PGMOL chief Mike Riley following the failure to award a handball against Rodri in the home defeat to Manchester City.

On that occasion referee Paul Tierney was unsighted and the VAR, Chris Kavanagh, decided there was insufficient evidence to show the ball had hit the City midfielder on the arm despite television replays being fairly conclusive.

Everton dropped into the relegation zone on Sunday and are now two points from safety.

Following the defeat at Anfield, Lampard defended his defensive tactics.

“I thought we played well,” he told Sky Sports. “The game plan was understanding they are one of the best teams in the world, with what they are doing to other teams.

“We wanted to be disciplined and to create chances. We had a couple of opportunities; the first half was good and we started the second half well. If we get the first goal, the game feels different.

“We are not in a position to go toe-to-toe with Liverpool. We were smart for 60 minutes and then it becomes very difficult after that.

“[Our league position] will be talked about, but we had to assume Burnley would win today. Leeds are still in it, they play tomorrow [against Crystal Palace].”