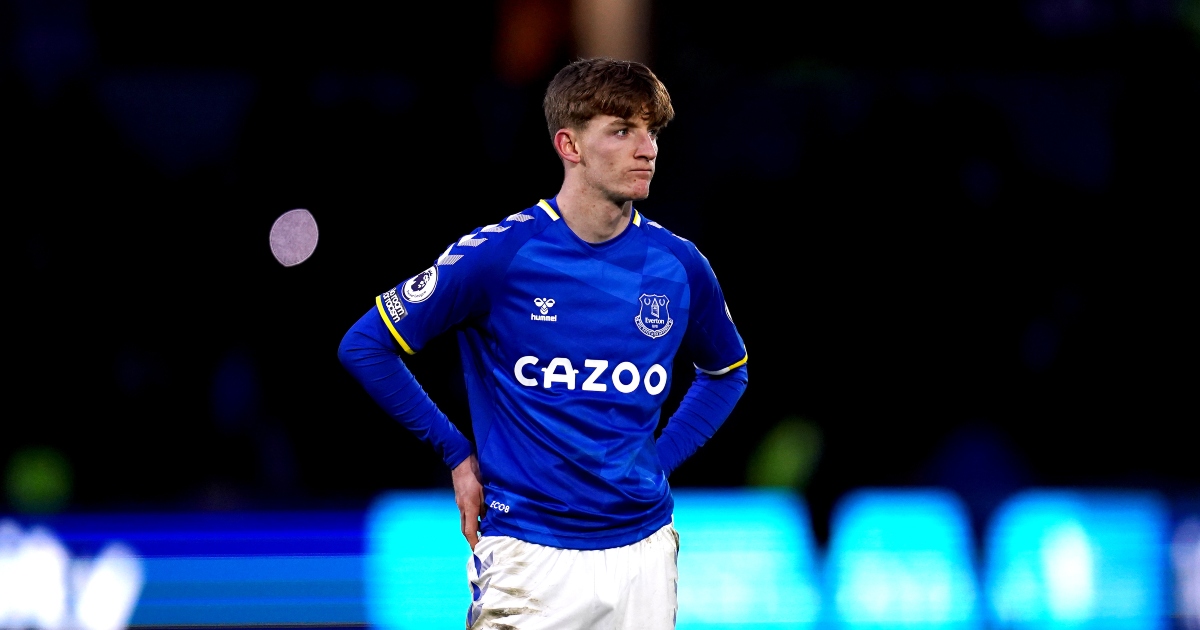 Everton youngster Antony Gordon has admitted he felt like a ‘superstar’ during the Toffee’s draw with Chelsea on Thursday.

Rafa Benitez was left with a depleted squad for the clash but his young side battled for a draw thanks to Jarrad Branthwaite’s late equaliser at Stamford Bridge.

Now, Gordon has admitted the fan singing his name was something he dreamed of a child.

Speaking to evertontv, the midfielder said: “The fans were absolutely magnificent and got behind us all through the game.

“It gives me a massive push and I’m sure it does for the result of the lads as well.

“Our fanbase is one of the best in the world. And to hear them singing at the end, it’s absolutely incredible.

“They’ve sang my name a few times, but never like that. They made me feel like a superstar! It’s all I’ve dreamed of as a kid, so I’m just over the moon.”

The Everton youngster also spoke of his delight to secure a point with such an inexperienced squad.

“It was incredible [to get that result], considering what we were up against. I think we had 10 senior players out.

“A team coming to Chelsea with 10 players out, they will be real underdogs. We stuck together, we dug in and got a result, so we’re buzzing.

“I actually felt confident about the game, because I like being the underdog. We didn’t have any pressure on us.

“I thought we could play with a bit of freedom – we played together, showed a lot of character and got a result at the champions of Europe.

“It shows a lot about us as a team. We’ve had tough times and we’ve been underperforming. Performances like that can go a long way for the morale of the team and for the fans.”

Gordon had an altercation with Chelsea defender Reece James after a disagreement over a free-kick decision but the Everton man claims that is just his nature.

“I’m a Scouser, I’m not going to back down to anyone. That’s just my nature.”