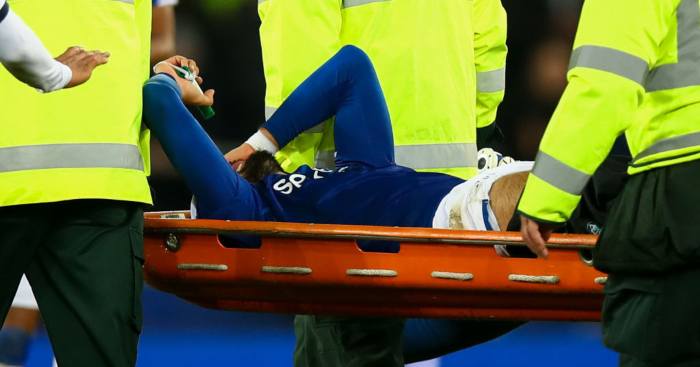 The Portugal international had surgery on Monday on the fracture dislocation of his right ankle that he suffered during the second half of Sunday’s 1-1 draw with Tottenham following a challenge from Son Heung-min.

A message from Everton on Twitter read: “Following a successful operation yesterday, Andre Gomes has now been discharged from hospital and will continue his rehabilitation under the care of our medical team.”

Gomes fell awkwardly after being tackled from behind by Son, who was subsequently shown a red card.

The Korean forward was distraught when he saw the extent of the damage to Gomes and a number of other players were visibly shocked and upset.

A statement from Everton on Monday said the operation had gone “extremely well” and that the 26-year-old was expected to make a full recovery.

Gomes is likely to be sidelined for between six months and a year.