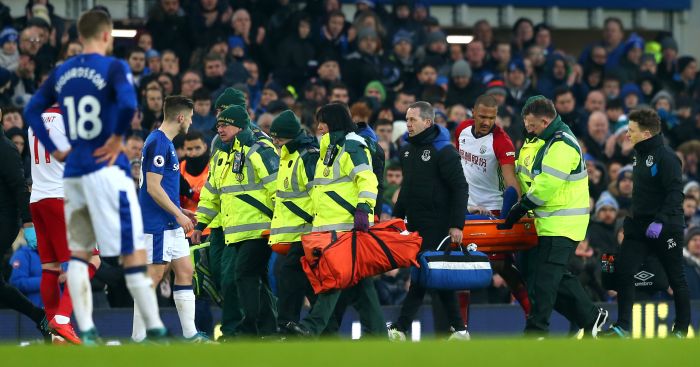 Allardyce was speaking after the Toffees confirmed the 27-year-old Republic of Ireland international had broken his tibia and fibula after Salomon Rondon’s follow-through from a shot connected with his right leg.

Medics rushed onto the field to treat McCarthy, with Rondon in tears having seen the after-effects close up.

Allardyce added: “We’ll do the operation as quick as we can.

“He’s paid a heavy price for his commitment there. A big blow for him and us.

“This will keep him out until next season at some stage.”