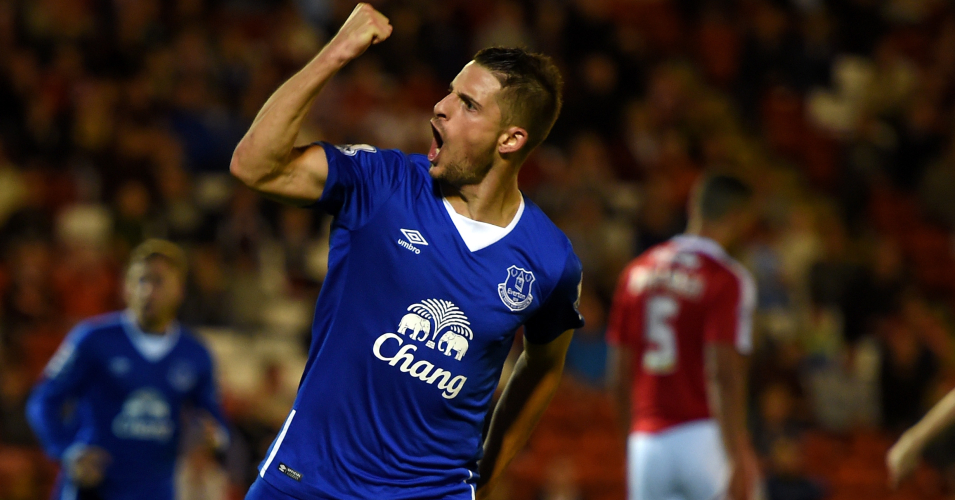 Kevin Mirallas admits he would have followed John Stones and James McCarthy out of Everton had the club sold their best players this summer.

Everton rejected four bids from Chelsea for defender Stones while McCarthy was a target for Tottenham. Unlike previous summers, the Toffees retained their prize assets this year and Mirallas says he might have followed the duo out of Goodison Park had the club sanctioned the exits.

Mirallas told the Liverpool Echo: “When I saw the team keep their best player, I said this was a change in mentality.

“It’s possible last season, or the season before, that Stones goes to Chelsea, McCarthy goes to Tottenham, and I go to another team. But now it’s changed.

“It’s a strong club and a strong team, and when you see the chairman signing new deals for players, you think this season is the season.”

Mirallas’s future has been uncertain over the last year, with the Belgian having indicated that Borussia Dortmund and Atletico Madrid were among the clubs keen to sign in during the January window.

The winger was then unhappy about delays over contract talks, but the 27-year-old  insists he is now happy to stay on Merseyside.

He added: “After January, when two teams wanted me, I talked with my manager and chairman and asked what I do now.

“He told me to wait for a new contract and I waited, but it was not coming and I was a little bit angry.

“Now after the preseason, I played hard and worked hard and had a good talk with the manager. He said it was a good opportunity to sign a new deal, and I’m happy. So is my wife!

“I received a lot of messages from the fans and it’s good.”