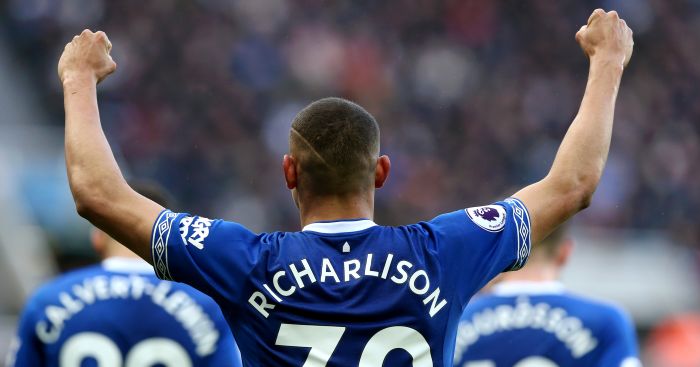 Everton forward Richarlison has rubbished reports that his agent has met up with Liverpool boss Jurgen Klopp.

The Brazil international has 12 goals and one assist in 30 Premier League appearances this campaign for the Toffees, while he also has one goal to his name in the FA Cup.

Richarlison was linked in late March with a move to Serie A giants AC Milan with reports in Italy claiming that Everton want £60million if they are to sell him.

And now a report in UOL Esporte on Thursday claimed that Richarlison’s representative, Renato Velasco, had been to Klopp’s Merseyside house.

Klopp is understood to be an admirer of the 21-year-old but the former Watford man was quick to rule out a move.

On Twitter, he appeared to directly respond to the speculation in the early hours of Friday, he simply wrote: “I’m happy.”

Richarlison signed for Everton in the summer from fellow Premier League side Watford for £40million.