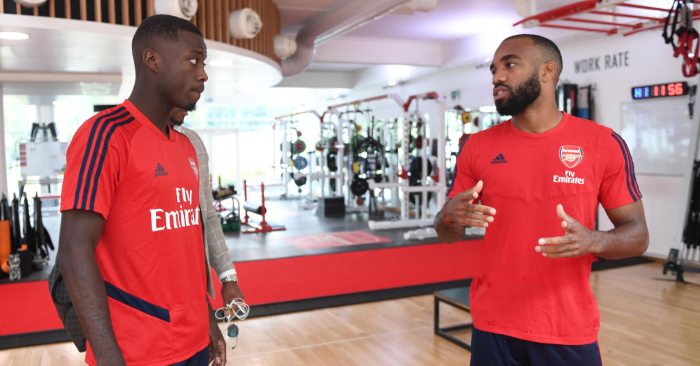 Welcome to the club, Blades. That’s the going price for one 22-goal Championship season.

The loan move becomes permanent. And the Saints have finally joined the £20m club.

It took until halfway through their 24th Premier League campaign for Newcastle to join this particular party. Has anyone thanked Mike Ashley yet? And then once they popped…

Bournemouth have happily spent £20m or more on any one player in both of their last two summer transfer windows. It’s a shame Dominic Solanke narrowly missed out in the winter.

Crystal Palace more than doubled their club-record fee when signing Benteke from Liverpool. They then gave the same club almost as much for Sakho. Liverpool will be hoping they like the look of Adam Lallana next.

West Ham finally signed the £40m striker they have been trying to sign for three years.

Even three years after winning the Premier League title, Leicester are justifiably milking it for all it’s financially worth.

Tottenham’s latest edition to this list is the only one that wasn’t completed around a week before the end of the transfer window. Good old Daniel Levy…

Not bad for a club with no money…

Everton only recently realised they could spend a load of money themselves instead of waiting for everyone else to do it, then bringing them in for a relative pittance five years later.

It is still hilarious that Stewart Downing was so utterly sh*t that Liverpool refused to spend such a fee on anyone for another three years and six transfer windows. It’s gone well as of late.

Ole Gunnar Solskjaer has broken his duck for Aaron Wan-Bissaka, and kept them three players clear of Liverpool in the process.

The last year Chelsea did not pay £20m or more on any one player was 2010. It is no coincidence that they stopped throwing copious amounts of money at people after Andriy Shevchenko’s spell.