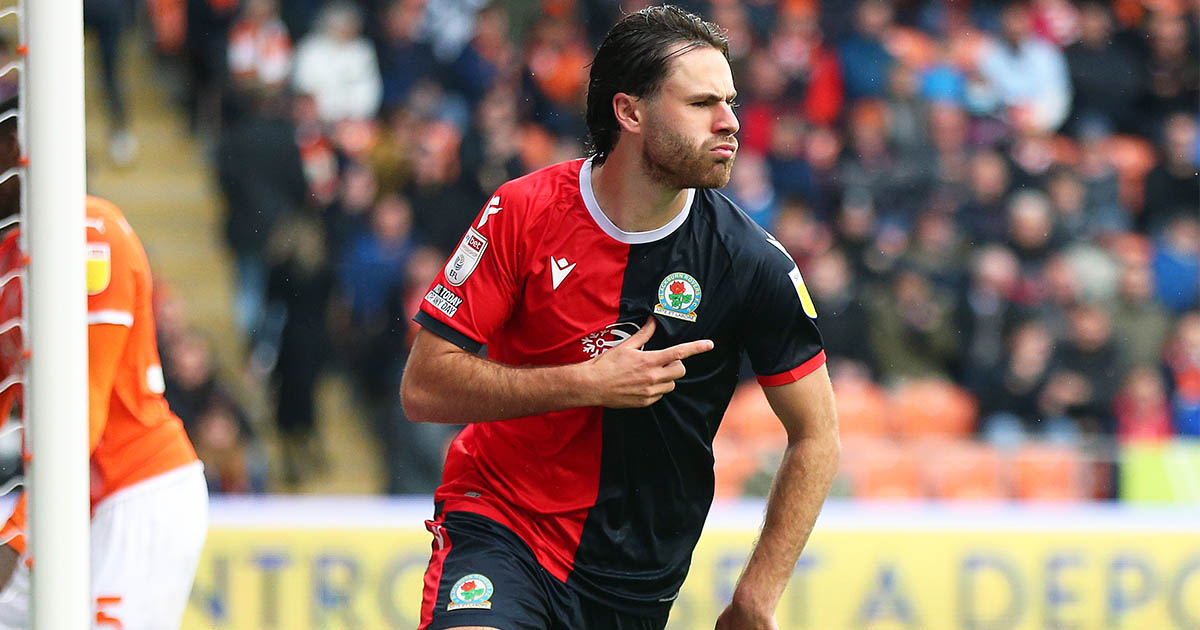 As we head into another international break, it seemed like a good time to take a look back on the season we’ve had so far and pick out one player from each Championship club who has impressed.

Barnsley: Brad Collins
In what has been a pretty unspectacular start to the season for Barnsley, goalkeeper Brad Collins has produced a string of excellent performances and has kept his club in several matches so far.

Collins has made more saves than any other Championship goalkeeper (43) and he has also managed to save two penalties in the process.

Birmingham: Matija Sarkic
Birmingham had a terrific start to the season as they kept four clean sheets in their opening six matches and Matija Sarkic was rightly getting a lot of praise.

Lately Birmingham have been shipping considerably more goals, although I don’t think that Sarkic has particularly been a fault for that and in some instances he’s actually been keeping the scoreline down.

Blackburn: Ben Brereton Diaz
Since his call-up to the Chilean national side, Brereton Diaz has been a completely different player for Rovers.

He currently leads the way in the Championship top scorers list alongside Fulham’s Aleksandar Mitrovic with 10 goals so far. He’s effortlessly managed to fill the void which was left by Adam Armstrong and you still have the feeling that there’s more to come.

Blackpool: Shayne Lavery
At the start of the season, many people questioned whether or not Blackpool would be able to score enough goals to stay in the league. Well, so far this season Shayne Lavery has certainly put those doubts to bed.

The Northern Ireland international already has five goals to his name, which is even more impressive given that he’s only played 596 minutes of football so far and so has averaged a goal every 119 minutes.

Bournemouth: Philip Billing
There’s an argument that could be made that Philip Billing is currently the best player in the Championship and I don’t think that would be much of an outlandish statement considering how well he is currently playing.

The midfielder already has five goals to his name and seems to pop up for the Cherries when they need him most. A mention also has to go to Jordan Zemura and Jaidon Anthony, who have formed a terrific partnership down the left-hand side.

Bristol City: Han-Noah Massengo
When Preston travelled to Ashton Gate earlier in the season I was able to witness first-hand just how much the 20-year-old has developed his game. He has serious quality on the ball and we are now seeing some real consistency to his performances each week.

There’s no doubting that Bristol City are a far stronger side with Massengo in it.

Cardiff: Ryan Giles
Cardiff have been having a rough time recently and a few gameweeks ago I would have probably been picking out the likes of Sean Morrison and Aden Flint as their best performers, but after conceding 10 goals in their last three matches, I thought I’d look elsewhere.

Coventry: Viktor Gyokeres
This one picks itself really. After an incredible start to the season for Coventry, the striker already finds himself with 11 goal contributions and is currently being regarded as one of the best strikers in the league.

Gyokeres didn’t exactly light up the Championship last season and so it’s a testament to Mark Robins for sticking with the 23-year-old and Coventry are certainly reaping the benefits now.

The exceptional Mark Robins tops our Champo winners and losers

Derby: Curtis Davies
Aside from giving away the penalty against Sheffield United, Curtis Davies – along with the rest of the Derby defensive unit – has been outstanding so far this season.

He’s been a large contributing factor to the best defensive unit in the league so far and he’s also currently the club’s top scorer with two goals.

Fulham: Aleksandar Mitrovic
When it comes to Mitro in the Championship we know what we’re going to get and so far, he’s not disappointed.

After not being properly utilised in the Premier League by Scott Parker, he’s looked like a man with a point to prove this season as he’s already got himself 13 goal contributions.

Huddersfield: Sorba Thomas
The 22-year-old has made the jump from the National League to the Championship like it’s nothing at all.

He has six assists to his name already this season and has made more key passes (33) than anyone else in the league.

Hull City: Matt Ingram
The Hull City goalkeeper has certainly been kept on his toes as he’s faced 54 shots on target; only Barnsley’s Brad Collins has faced more.

In what has been a tough start to the season for the Tigers, Ingram has kept them in quite a few matches and he was superb in their 2-0 win over Middlesbrough at the weekend.

Luton Town: Kal Naismith
In the absence of Sonny Bradley for a portion of the season so far, Kal Naismith has done a fine job of filling in at centre-half.

The defender also has two assists to his name this season and his versatility has proved to be a valuable asset to Luton.

Middlesbrough: Isaiah Jones
In what has been a pretty uninspiring season for Boro so far, Isaiah Jones has certainly been one of the few bright sparks.

The 22-year-old has a turn of pace with a willingness to take on defenders and this is just the start of what could be a really promising career.

Millwall: Jed Wallace
Where would Millwall be without Jed Wallace? He has eight goal contributions so far, four times more than anyone else in the squad.

Millwall fans have known this for quite some time now, but Wallace is undoubtedly one of the best forwards in the league and his numbers reflect that once again this season.

Thankfully now with the rest of the squad upping their game, Zinckernagel will only go on to improve. He already has six goal contributions and had a terrific game at the weekend as he set up two of Forest’s goals against Birmingham.

He’s only been credited with one assist this season, but that doesn’t properly paint the picture of just how involved he’s really been. If Peterborough are to stay up, Dembele will have a large part to play.

Preston: Josh Earl
One of the biggest benefactors of Preston switching to a wing-back system this season has definitely been Josh Earl, who is perfectly suited to the wing-back role.

His athleticism allows him to get up and down the pitch and he has started to develop a good relationship with Andrew Hughes on the left-hand side of the defence.

QPR: Rob Dickie
At the start of the season we had Rob Dickie channelling his inner Ronald Koeman as the defender scored four goals in his first six matches of the season, but his defensive contributions shouldn’t go under the radar.

His towering presence at the back along with his ability to play out from the back makes him one of the most complete defenders at this level.

Reading: John Swift
With the departure of Michael Olise and long-term injures to Lucas Joao and Yakou Meite, you’d be forgiven for thinking that Reading might have struggled for goals this season.

John Swift has more than stepped up to the plate lately as he has scored seven goals as well as picking up five assists.

In his first six appearances for the club he has produced five goal contributions and has proved to be useful both out on the right-hand side and playing as the number 10.

Stoke: Mario Vrancic
Mario Vrancic just oozes class, doesn’t he? His introduction into the side this summer has been a large contributing factor to Stoke’s new style of play and he’s been one of the best creative outlets in the league so far.

He averages an impressive 3.2 key passes per 90 and has already established a great relationship with Nick Powell, who is certainly benefiting from having Vrancic next to him.

Swansea: Joel Piroe
When Swansea lost Andre Ayew in the summer, we all knew that would be a huge loss to the side. Ayew was a player with the ability to win games out of nowhere with one moment of quality in the final third. So who would have thought that Joel Piroe would have been able to fill the void so quickly?

The striker already has five goals to his name this season, meaning that he has scored 55.5% of Swansea’s goals so far.

West Brom: Alex Mowatt
Alex Mowatt doesn’t score tap-ins; he’s already having his own goal of the season competition with some of the fantastic strikes he’s produced so far.

When this move went through in the summer, most people thought he’d hit the ground running and he’s wasted no time so far in settling into his new surroundings.