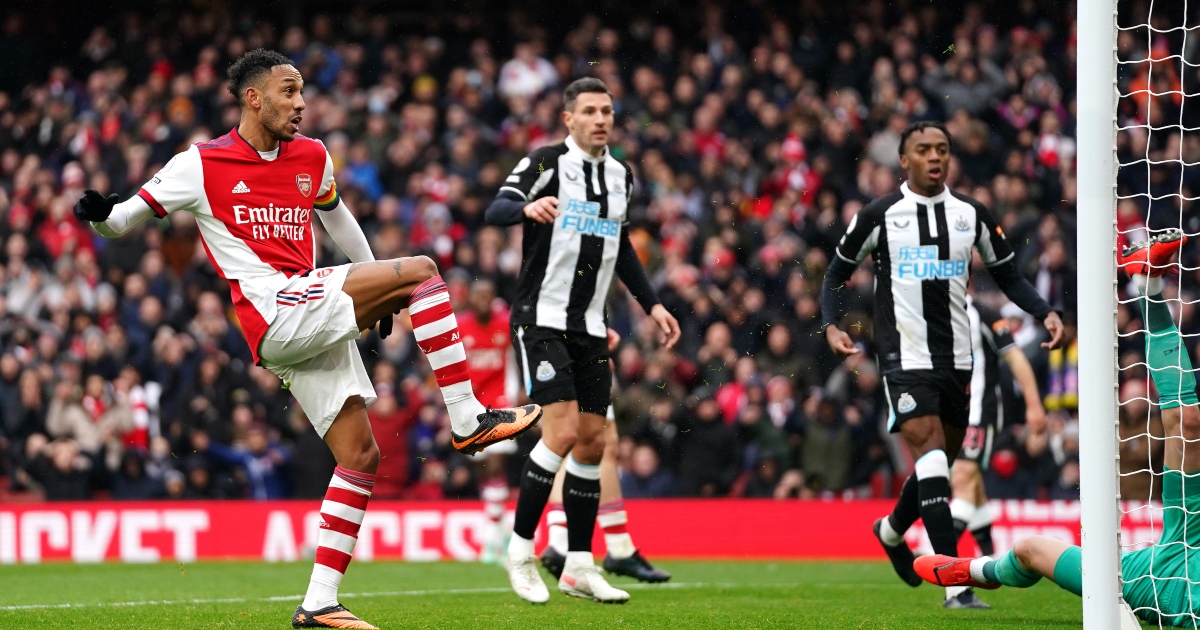 Jermaine Pennant believes “there is every chance” Newcastle can sign Arsenal striker Pierre-Emerick Aubameyang this month.

Aubameyang was stripped of the Gunners captaincy on December 14 following a disciplinary breach and has not featured since.

The north Londoners are reportedly willing to sell the Gabon striker, with both Barcelona and Newcastle eyeing up a move for the 32-year-old.

The Magpies are in the middle of a relegation battle and will likely splash the cash in the winter transfer window in order to maintain their Premier League status.

Goals have been hard to come by this term with star striker Callum Wilson’s season being hindered by injuries.

Pierre-Emerick Aubameyang getting himself disciplined so that Gabriel Martinelli can break into the starting lineup.

Layers. What a captain.

Considering Aubameyang and Newcastle’s situation, former Gunners winger Pennant has insisted there is “every chance” the ex-Borussia Dortmund man will switch London for Tyneside.

“As a professional footballer, it doesn’t matter, you want to play football,” he said on Stadium Astro (via The Boot Room).

“And, if it is not happening at Arsenal, he won’t want to sit there on the weekend watching his teammates play while he is sat at home, he will want to play football.

“He’s a great player and he will want to showcase that. It could be a chance to get another big move off the back of that. Getting stripped of a captaincy, there is not really much coming back from that.

However, ex-Chelsea striker Tony Cascarino has urged Newcastle to rethink their pursuit of Aubameyang as he “doesn’t see this deal being a good one at all.”

He told talkSPORT: “Do you want a player who is going to show commitment, running, doing all the ugly stuff in the game that you’re going to need to survive? Does he do that very well? I’d say that’s the worst part of his game.

“Is he a quality footballer that can turn a game in a moment? At his best, yes. But when has he last done that regularly? Not very often this season, even towards the end of last season.

“I don’t see this deal being a good one for Newcastle at all. I think it will be more of an air of is Aubameyang doing Newcastle a favour and I probably think, no, he’s not going to be doing them a favour.”