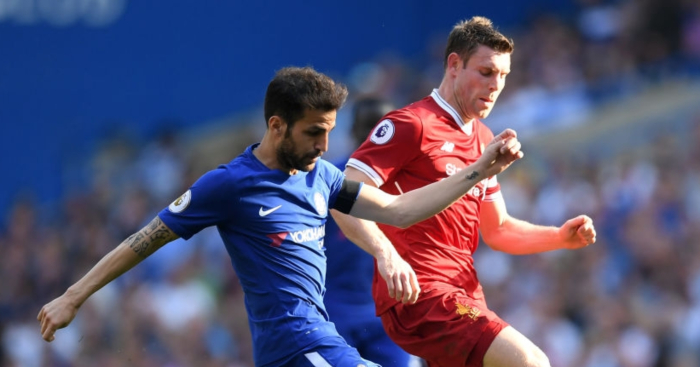 ARSENAL – Aaron Ramsey
It has always felt as though Aaron Ramsey would listen to the Mesut Ozil-inspired angel on his shoulder rather than the loud, obnoxious Red Devil wearing an Alexis Sanchez mask on the other. Recent reports suggest the Welshman is close to extending his stay in north London, and that feels like a resolution that suits both player and club.

Arsenal will be relieved to draw a line under the protracted negotiations, having stumbled into the same contractual difficulties as last year. How could they let both Ramsey and Danny Welbeck’s deals run so close to expiration?

BOURNEMOUTH – Artur Boruc
Junior Stanislas will be looking to realise Chris Waddle’s England premonition after extending his Bournemouth stay last week. The 28-year-old’s new deal leaves Artur Boruc in the company of one at Dean Court, as the only player whose contract expires within the next 12 months. You get the feeling that the eight players whose deals run out in 2020 – a list which includes Jordon Ibe, Ryan Fraser and Lys Mousset – are already higher on Eddie Howe’s list of priorities.

BRIGHTON – Glenn Murray
Mohamed Salah, Harry Kane, Sergio Aguero, Jamie Vardy, Raheem Sterling, Romelu Lukaku and Roberto Firmino. Thus ends the extensive and exhaustive list of players who have scored more Premier League goals than Glenn Murray since the start of last season. Murray turns 35 by the end of the month, and Brighton might have viewed his expiring contract as a non-urgent issue not so recently. But he has scored more league goals than Alexandre Lacazette, Gabriel Jesus and Sadio Mane since August 2017. Sign him up before someone lets Real Madrid know. Oh and he is in our perfect Premier League XI.

BURNLEY – Steven Defour
Fears were expressed over Burnley’s fate this season before a ball had even been kicked, cleared or headed away to safety. But of all the reasons for their potential fall from Europa League qualifiers to relegation candidates, Steven Defour’s absence has been largely overlooked. The Clarets have suffered terribly for the loss of a player who underwent knee surgery in January, with subsequent setbacks delaying his return. When he does eventually adorn more turf at Turf Moor, a new contract really ought to be prepared for him to sign instantly.

CARDIFF – Bruno Ecuele Manga
South Wales’ biggest connoisseur of comics created in Japan or by creators in the Japanese language, conforming to a style developed in Japan in the late 19th century, has seen his influence grow over the years at Cardiff. After missing 17 games in his first season, 22 in his second and 25 in his third, the centre-half missed just nine matches of last season’s promotion-winning campaign, and has played every minute in the Premier League so far. That he has not looked out of place as a right-back should be both applauded and rewarded.

CHELSEA – Cesc Fabregas
When Chelsea have two £30million midfielders yet to play a single minute of Premier League football behind a selection of Jorginho, N’Golo Kante, Mateo Kovacic, Ross Barkley and Ruben Loftus-Cheek, you start to wonder why a title challenge once seemed so outlandish. While Danny Drinkwater has been ostracised to the point of oblivion, the road is certainly not blocked for Cesc Fabregas. He would be forgiven for allowing interest from Italy distract him, mind – he could probably stroll around hitting pinpoint passes every weekend for the next decade.

CRYSTAL PALACE – Martin Kelly
The man with the shortest England career in history might well have thought his spell at Selhurst Park spell was over this summer. Kelly was one of a band of merry Crystal Palace men, including Yohan Cabaye, Diego Cavalieri, Damien Delaney, Chung Yong Lee, Bakary Sako and Joel Ward, whose contracts were left to run down into their final stages this summer. The majority moved elsewhere, but Kelly and Ward were eventually kept on. Aaron Wan-Bissaka’s breathtaking breakthrough has certainly reduced the importance of the former Liverpool right-back, but he remains a valuable squad option.

EVERTON – Leighton Baines
Only four players have been with their current Premier League clubs for longer than Leighton Baines at Everton. It is a list that includes teammate Phil Jagielka – whose deal is also edging towards expiration – as well as Julian Speroni and Mark Noble. Marco Silva has ensured the left-back will be phased out in a similar manner over the coming months with the arrival of Lucas Digne.

FULHAM – Denis Odoi
After missing the opening two games of Fulham’s Premier League return through suspension, Denis Odoi was drafted back in at centre-half for the subsequent two fixtures. The 30-year-old will happily take credit for the upturn in form, the Cottagers winning and drawing their last two matches after losing both their opening two. But sceptics might point to the fact that Fulham conceded fewer goals without him (3) than with him (4).

HUDDERSFIELD – Laurent Depoitre
When Huddersfield were promoted to the Premier League in summer 2017, their record signing was £1.8m Christopher Schindler. It has since shot up to £17.5m Terence Kongolo, but not before £4.5m Laurent Depoitre, £8m Aaron Mooy, £8.5m Tom Ince and £11.5m Steve Mounie had their turns in the spotlight. The first of those big signings, Depoitre, has never really been a regular starter for the Terriers, but they are unlikely to want to lose him for free.

LEICESTER – Shinji Okazaki
Imagine a terrible Netflix comedy where a group of childhood friends find themselves in the midst of a midlife crisis 30 years on, and are finally brought together for a school reunion where they proceed to wreak as much havoc as possible in a vain attempt at reliving their glory days. It stars Rob Schneider, Steve Buscemi and David Spade, with Adam Sandler in the lead role, and they’re all f***ing idiots who learn absolutely nothing by the end of the film. That’s Leicester’s band of 30-something, Premier League title-winning contract expirees, that.

LIVERPOOL – James Milner
All logic dictates that a player who made his Premier League debut for a relegation-threatened side in 2002 should not be reaching his peak for a title candidate in 2018. Yet here is James Milner, a man for whom a new Liverpool contract is assured as his recent performances.

MANCHESTER CITY – Vincent Kompany
From a 32-year-old on an upward curve to one on a downward spiral. “I feel like I can still give something back,” said Vincent Kompany last month, reiterating that he wishes to extend his stay at Manchester City beyond his current decade-long tenure. If he can accept a reduced role, it might be an idea. He was awful against Wolves.

MANCHESTER UNITED – David de Gea
Jose Mourinho seems pretty confident that David de Gea will sign a new contract with Manchester United – and the club do have the automatic option of a one-year extension either way. He put pen to paper on a four-year deal at Old Trafford in September 2015, mere weeks after having come within a working fax machine of joining Real Madrid. All parties have moved on since.

NEWCASTLE – Mohamed Diame
The script is already written. Rafael Benitez, having kept Newcastle in the Premier League by about ten points, will be forced to describe Mo Diame as “like a new signing” on September 2 when he pens a new deal after a transfer-less Toon summer. The midfielder has undeniably improved, to his credit.

SOUTHAMPTON – Steven Davis
He is still Southampton captain. He has still not featured in a Premier League win since November 2017. And his contract will still expire to precious little fanfare next summer. Surely it’s time everyone moved on and he just re-joined Rangers?

TOTTENHAM – Jan Vertonghen
Harry Kane, Heung-min Son, Davinson Sanchez, Harry Winks and Erik Lamela have all signed new Tottenham contracts this year, while Kieran Trippier did so in 2017. Eric Dier agreed a five-year deal in 2016, while Dele Alli and Hugo Lloris signed on for six more years shortly after. Mauricio Pochettino himself has even committed his long-term future to the club, leaving Christian Eriksen, Toby Alderweireld and Jan Vertonghen as the odd ones out. The Dane has two years left, but the two Belgians have just one. And while Jose Mourinho might have spent the summer fluttering his eyelashes at Alderweireld, it is his international teammate who Tottenham should fight hardest to keep.

WATFORD – Heurelho Gomes
Watford have engineered themselves not only a position towards the top of the Premier League table, but a healthy contract situation too. None of the three players whose deals expire in 2019 have played a minute of league football this season – Younes Kaboul is not even in their 25-man squad – but 90 minutes in the League Cup sees Heurelho Gomes crowned the tallest dwarf.

WEST HAM – Declan Rice
Of the four players whose West Ham contracts are to expire soon, one is an injury-prone 29-year-old, and the other two are in their 30s. For a club in desperate need of a good news story to lift the gloom, sorting the future of an academy graduate ought to rank high on their to-do list.

WOLVES – Dominic Iorfa
Considering Raul Jimenez and Joao Moutinho appear on a list of Wolves players whose contracts expire in 2020, the West Midlands club might well decide to bypass this year’s scant selection.