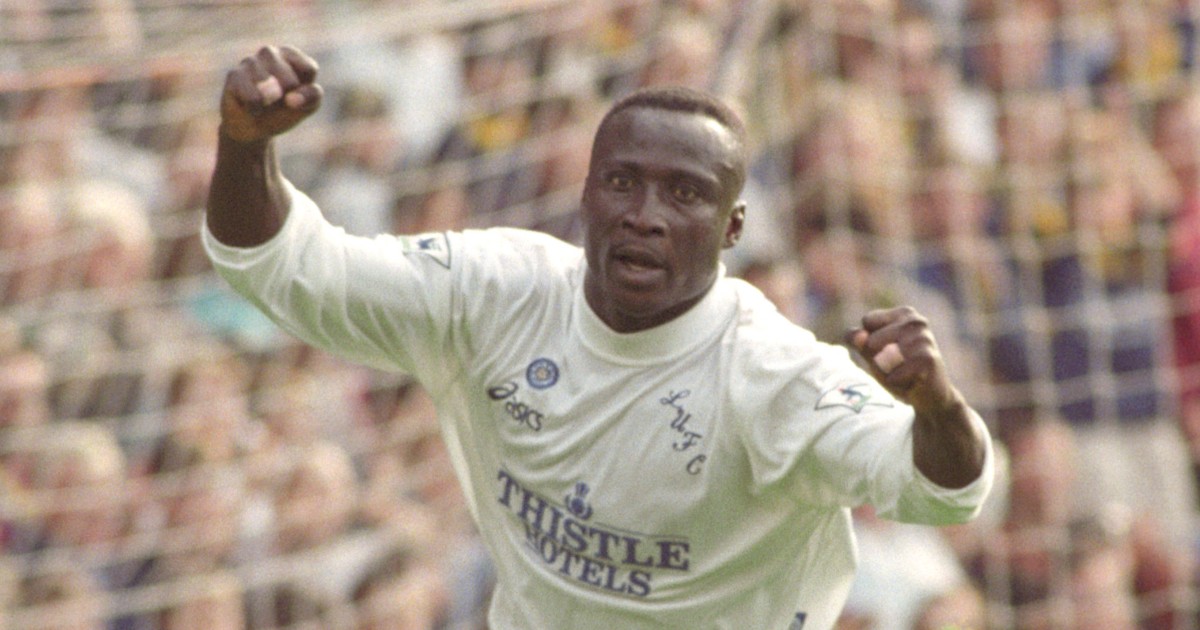 Arsenal have scored numerous stunners but Burnley and Everton can compete with the best when it comes to their greatest Premier League goals.

Arsenal – Robin van Persie v Charlton (30/9/06)
Thierry Henry might feel aggrieved. He might ordinarily dominate the podium with individual goals against Tottenham in 2002 and Liverpool in 2004, while many will prefer the moment of genius that beat Manchester United in 2000. But everyone knows that was down to Gilles Grimandi, as sensational as it was. The nod instead goes to Robin van Persie capping what was actually a flowing team move, as Justin Hoyte, Gilberto Silva and Alexander Hleb passed the ball out from the back before Emmanuel Eboue’s cross picked out Van Persie on the edge of the area. The stuttering run-up was glorious, the leap was prodigious and the technique was imperious for a full-blooded volley that Arsene Wenger described as “the goal of a lifetime”.

15 years ago today, Robin van Persie did this against Charlton.

To jump that high at full-pelt, hit it first-time, and keep the ball down? It's ridiculous.pic.twitter.com/SPvmAN7aTZ

Aston Villa – Dalian Atkinson v Wimbledon (3/10/92)
For a team that has scored 1,223 Premier League goals, Aston Villa saved their best til 20th. It takes something special to hold a fonder place in fan hearts than a preposterous Gary Cahill bicycle kick – his first for the club – to give Villa the lead in a home Second City derby. But Atkinson provided precisely that just 11 games into the 1992/93 season, picking up the ball deep inside his own half against Wimbledon, batting Lawrie Sanchez away, wriggling free of Scott Fitzgerald and bouncing off Gary Elkins as he bore down on goal. A quick glance up showed that Hans Segers had vacated his net, which Atkinson duly punished with a perfectly measured chip. So delighted was one supporter that he took to the pitch to shield the striker and his teammates from the weather, holding an umbrella over them as they celebrated.

Brentford – Ethan Pinnock v Liverpool (25/9/21)
The choices are limited but the signs are that Brentford will be around long enough to add a few more special goals. Their first wasn’t half bad, with Sergi Canos stunning Arsenal into a month-long stupor. But the intricate set-piece that allowed Ethan Pinnock to open the scoring against Liverpool in September’s six-goal classic will take some beating. Vitaly Janelt, short to Christian Norgaard, clipped over to Canos, flicked by Ivan Toney, converted by Pinnock as only Pontus Jansson missed his cue. Liverpool had no idea what had hit them.

Brighton – Anthony Knockaert v Crystal Palace (9/3/19)
Jose Izquierdo never scored anything even approaching an average goal for Brighton. His strike against Stoke in February 2018 was particularly excellent. One thing the Colombian couldn’t quite manage was a winner against Crystal Palace, which meant Anthony Knockaert had to do all the hard work against the Seagulls’ bitter rivals in March 2019. The French winger had been booked after 28 seconds for an atrocious challenge on Luka Milivojevic, wisely keeping a low profile for the next 74 minutes before bringing down a fine switch from Dale Stephens, gliding past Patrick van Aanholt and curling a phenomenal effort in off Vicente Guaita’s post for extra marks.

Burnley – Jay Rodriguez v Manchester United (22/1/20)
A genuinely tough one, with some exceptional nominees from Scott Arfield, Jeff Hendrick and the actual Ashley Barnes, while Burnley could typically have a separate set-piece section of sublime strikes: free-kicks from Danny Fox, Robbie Brady and Wade Elliott, then Ashley Westwood’s Olympic corner against Liverpool a couple of years ago. The Clarets do tend to save their finest for the big occasion, from Steven Defour’s free-kick at Old Trafford to Robbie Blake’s thunderous volley against Sir Alex Ferguson’s side in 2009. Completing the Manchester United hat-trick was Jay Rodriguez in January 2020, marking the end of the pre-Bruno Fernandes era with another underrated pastiche of team goal and individual brilliance. He, Westwood and Wood combined telepathically to create an opening that Rodriguez burst through with a bolt from his left boot that clattered the underside of the crossbar and left David de Gea floundering.

Throwback to when Jay Rodriguez nearly took off the Manchester United post with this scorching shot 🚀pic.twitter.com/7G7Un8nnrh

Chelsea – Michael Essien v Arsenal (11/12/06)
Eden Hazard, Jimmy Floyd Hasselbaink and Frank Lampard are all worthy of their own compilations, provided each ends with an honourable mention for Gianfranco Zola and Gus Poyet teaming up to destroy Sunderland in 1999. Michael Essien was also no stranger to the spectacular. Barcelona will attest to that. But two and a half years before he and Andres Iniesta measured their footballing manhoods at Stamford Bridge, the Ghanaian was doing his “white daddy” proud by protecting Chelsea’s home record. The Blues were on course for a first Premier League defeat on their own turf in 52 games as Arsenal led in the second half, only for Essien to test the laws of physics and bend a first-time hit inside Jens Lehmann’s far post. Lace has never been as sexy as it was on the midfielder’s scintillating right boot that evening.

Crystal Palace – Andros Townsend v Manchester City (22/12/18)
Nothing comes close. Andros Townsend is a symbol of sensible recruitment in 2021 but for the best part of a decade prior, he was the poster boy for taking xG as a personal insult. For Tottenham, Newcastle, Crystal Palace and even England, the winger forged a fine career out of working hard and shooting from inopportune positions and situations. But on the occasion it paid off Townsend produced fireworks, none as sparkling as those that scared the champions in December 2018.

It looks as though Andros Townsend is on his way to Everton, which leaves me no choice to revisit this absolute banger away at Manchester City in a 3-2 win.

Everton – Steve Watson v Bolton (28/1/03)
Some players simply have that knack for never scoring a bad goal. Everton had three of them in Diniyar Bilyaletdinov, Lee Carsley and Leon Osman. The romantic – and absolutely fair – shout would be for Phil Jagielka in the last minute against Liverpool. In terms of long-rangers, it is difficult to look past Tim Howard against Bolton. And there must be something about the Trotters because Steve Watson unleashed a stunning overhead kick upon the Reebok Stadium in February 2003. David Unsworth launched a long free-kick forward, Brian McBride flicked it on with characteristic aplomb and Watson scored his first of two goals on the day in remarkable fashion. Everton won without him needing to score a hat-trick; that unlikely feat would come later in the year.

Leeds – Tony Yeboah v Liverpool (21/8/95)
It kind of has to be. Gary McAllister (against Liverpool in August 1992) and Rod Wallace (against Tottenham in April 1994) could put up a fight but Tony Yeboah himself is the only man capable of stopping Tony Yeboah. It comes down to personal preference: those who improvised genius and squeaky commentators would take the Wimbledon volley in September 1995; others with taste know his bullet against Liverpool a month before was without Premier League equal in Leeds and perhaps beyond.

The greatest goal in the history of the Premier League, with 52.6% of the vote in the final, is:

Leicester – Jamie Vardy v West Brom (10/3/18)
This might be the hot take, the contrarian glue that holds this whole idea together. Lilian Nalis against Leeds in September 2003 was stupidly and breathtakingly brilliant but wait a minute. Jamie Vardy, waiting for a pinpoint Riyad Mahrez floater to drop over his shoulder, hitting it first time with his weaker foot having not even looked at the net, keeping it down under pressure from the defending Craig Dawson, then lording it in front of that corner at The Hawthorns, all while running at Red Bull-fuelled full sprint. That’s the stuff.

Feels like a good time to remember this absolutely outrageous goal from Jamie Vardy against West Brom back in 2017/18 pic.twitter.com/jX6lNWZnnH