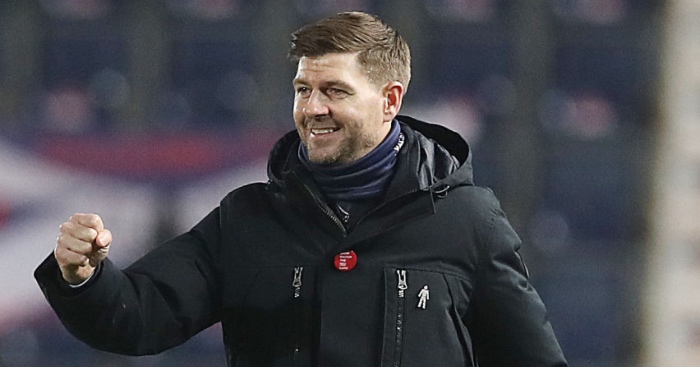 Not since losing to Genoa in their final game before lockdown have Milan tasted defeat in Serie A. Nine wins and three draws at the end of 2019/20 have been parlayed into seven victories and two stalemates to start this campaign, with Zlatan Ibrahimovic activating his cheat code while there’s no-one in the stands to call them out on it. Who’d have thought this would come from such an unpopular appointment?

You’d be forgiven for thinking Spezia were bottom by about 427 points; they’re fairly comfortably mid-table. Juventus have made light work of them and Claudio Ranieri’s Sampdoria on the opening day but Andrea Pirlo’s first steps in senior management have most certainly been tentative. One of his four victories was a 3-0 walkover against Napoli, with that statement performance and result yet to come.

Pirlo's post game remarks are everything you'd want to hear from a manager after a performance like today's against Ferencvaros.

Critical, perturbed and the recognition that the team has to be better.

Andrea's slowly developing his managerial identity, which pleases me.

The only thing missing is a sly kick at a precocious David Beckham followed by a cupping of the collective cojones. Other than that, Diego Simeone has distilled his very essence and poured it directly into this Atletico Madrid campaign. Leaving aside a pretty listless Champions League start, the only goals they have conceded so far have both been in or after the 80th minute in straightforward wins. He really would be perfect for “attack, attack, attack” Manchester United.

After missing out on Champions League qualification by two meagre points – a setback for which they enacted their revenge on Borussia Monchengladbach with a 4-3 win earlier this month – Leverkusen have bounced back well. From the embers of three consecutive draws came five successive victories, before a disappointing 0-0 draw at home to Hertha Berlin. They’ve got Bundesliga whipping boys Schalke next up.

Manager Oliver Glasner is supposedly on the brink due to an ongoing feud with the board over broken transfer promises. Yet it works. A nine-game unbeaten start to last season preceded a finish of 7th, which they would surely take again.

Random former Premier League squad member: It could be Kevin Mbabu of 2015/16 Newcastle. But how about Jeffrey Bruma, who played twice for champions Chelsea in 2009/10.

Only Porto have been able to hold Sporting CP at bay domestically as the Lions seek to deliver their first championship crown since 2002.

Porto or Benfica have won the Portuguese title the last 18 years. But both are lagging behind Sporting in the Primeira Liga.

Reckon Dick Advocaat must be the joint highest former or current Sunderland manager in the business, level with Jack Ross at fourth-placed Hibernian. Five of Feyenoord’s Eredivisie wins have come against teams in the bottom eight, with Groningen in 8th their loftiest victims. Most impressive is that Advocaat is yet to suffer domestic defeat as manager; he was appointed upon Jaap Stam’s sacking after Feyenoord’s most recent loss, the 4-0 reverse at Ajax in October.

Second to Ajax on goal difference and with momentum firmly behind them, AZ Alkmaar perhaps counted themselves unfortunate that the Eredivisie season was abandoned in March instead of postponed like the majority of Europe. Their equilibrium was impacted to the extent that this season began with five straight draws, but four wins on the spin bodes well.

Random former Premier League squad member: Ron Vlaar barely edges it ahead of Jordy Clasie on account of him looking like he had retired at Aston Villa about seven years ago.

Credit to Cagdas Atan, the 40-year-old in the first post of his managerial career and coping rather well with the legitimately damaging loss of top scorer Papiss Cisse to title rivals Fenerbahce, who are three points behind Alanyaspor with fellow Turkish giants Galatasaray, both having played a game more.

Random former Premier League squad member: In any other world Juanfran, signed by Watford for £1.5m in 2015 to play zero games before leaving in 2017, would be the pick by a landslide. But former Liverpool striker Steven Caulker wants a word.

It really might happen. Rangers have scored three goals or more in six league games but the real strength of a team that has won their two most recent matches by scorelines of 8-0 and 4-0 is their defence. They have 13 clean sheets when no other team has more than six. They have conceded 4.7 shots per game with the next best side allowing 8.7. Their top scorer is right-back James Tavernier. Steven Gerrard is a genius.

Random former Premier League squad member: The ex-Newcastle defender is actually a candidate here. Gerrard, too. Scott Arfield is too good to overlook, mind. They all have the same number of Premier League winner’s medals.

Steven Gerrard’s Rangers side are on fire this season 🔥#RangersFC pic.twitter.com/WbINk5A9wP

They started the season with a hat-trick of 3-0 wins, meaning they have been top since the opening weekend and, with a current nine-point cushion to Partizan in second, will likely remain there. That’s pretty much it.

Random former Premier League squad member: There is unfortunately no dice whatsoever here. Suppose that’s what you get with part-timers who were plumbers not long ago.

A fifth straight Ukrainian championship could be headed to Shakhtar Donetsk sooner rather than later as a team that lost just once in 2018/19 and 2019/20 is yet to taste defeat this time around. Dynamo Kyiv quite foolishly opted to lose to their closest title rivals in exchange for a three-point gap at the top of the table.

Random former Premier League squad member: Does Olarenwaju Kayode qualify despite his distinct lack of games for Manchester City? If not, Yevhen Konoplyanka was linked with Liverpool often enough to practically play for them.

Olympiacos have not lost a regular league game since February 2019 and dropped their only points of this season in a 1-1 draw with PAS Giannina in October.

Random former Premier League squad member: Curse Chuba Akpom for returning to England with Middlesbrough in September. The joke’s on him, mind. Jose Angel Crespo played once for Aston Villa and even captains the double-headed eagle of the North – a quite sensational club nickname that Wikipedia has almost definitely made up – on occasion.