Three clubs have made their best Premier League starts ever this season. That's pretty fun. 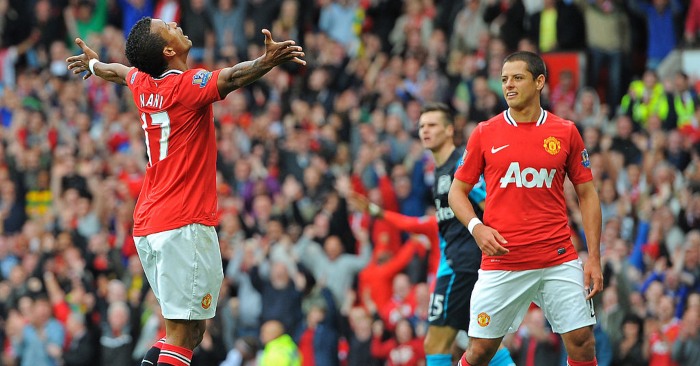 Arsenal laid down an early marker in the first Premier League season Arsene Wenger, Jose Mourinho, Sir Alex Ferguson, Rafael Benitez and Iain Dowie butted managerial heads. The Invincibles were running on steam through August and September before Manchester United derailed them in October, but not before their perfect start was obviously ended by Sam Allardyce’s Bolton. Chelsea went top in early November and did not shift from that position.

Aston Villa have already equalled their longest winning run to start a Premier League season, even matching their sequence of opening results under John Gregory just over two decades ago. They also kicked off with a pair of victories in 1995/96 but foolishly conceded in that victory over Manchester United before beating Tottenham. If they want to usurp those two campaigns then they will have to overcome the champions on Sunday.

Brighton have not started any of their eight top-flight seasons with more than one consecutive victory. Three of their four Premier League campaigns began with defeat, 2019/20’s thrashing of a Watford side that would eventually succumb to relegation being the only exception.

Burnley started with two top-flight wins in 1973’s First Division but have never burst out of the Premier League blocks. They have always finished in the top half after winning their first game and the bottom half after losing it so Sean Dyche might really be packing his bags soon.

The longest winning start in Premier League history belongs to Chelsea, who earned more points (27) by mid-October before drawing at Goodison Park than Norwich managed in all of last season (21). They did not even concede until their seventh game when Luke Moore finally sullied Petr Cech’s immaculate sheets, and stayed top pretty much all season.

How silly it was of Joel Ward to decide to have limbs. Crystal Palace were going great guns before then.

The good news is that this is already Everton’s best start to a Premier League season, beating Howard Kendall’s excellent opening to the 1993/94 campaign on goals scored alone. The bad news is Everton finished 17th then and stayed up by two points. It doesn’t feel like Carlo Ancelotti is about to embark on a relegation battle.

It was by virtue of the alphabet that Fulham occupied top spot in the Premier League over Swansea – Michu-inspired 5-0 victors against QPR – after the opening day of 2012/13. That was about as good as it got for the Cottagers, whose record in the first games of their respective Premier League seasons is a faintly pleasing: P15 W5 D4 L6 F20 A21

Opening Day 1995/96 #lufc
Tony ‘Shoot To Kill’ Yeboah with a double, the second an absolute bullet in the 2-1 victory at Upton Park v West Ham. pic.twitter.com/CMIQW8HL6m

After 2018/19 brought six successive wins to open the season, Jurgen Klopp and his players went two better the following campaign. Even then they could only match the eight victories Kenny Dalglish started with in the 1990/91 First Division.

More than a few words were being eaten with a side of humble pie in Pep Guardiola’s first months as a Premier League manager. Those who suggested he should not expect to come over here and take our points were treated to a rude awakening. But once a Tottenham side without Harry Kane knocked them off course in October they struggled to permanently rediscover their bearings until around April.

Similar to Wenger, Ferguson never embarked on too ridiculous a winning run to start a season. Five was the most he managed, albeit while scoring 21 goals. That barely scraped the mark set by Ron Atkinson in 1985/86, when Manchester United won their opening ten First Division matches…but only 12 of their remaining 32 before finishing 4th.

Everyone knows the collapse of 1995/96 but few remember Newcastle starting even better a season prior before an arguably even more pronounced slump into the advertising hoardings. Kevin Keegan led the Magpies to the top of the Premier League tree by November 1994 yet one win in 11 from November 7 to January 21 saw them fall back into obscurity. It’s all about the timing.

This season was actually the first when Sheffield United lost their opening game of a Premier League campaign. That run included games against Manchester United and Liverpool, but also the meeting with Swindon Town in August 1993, won by goals from Willie Falconer, Carl Bradshaw and Paul Rogers. Both would be relegated by May. The Blades started with four successive victories in 1971/72, beating Southampton, Leeds, Arsenal and Everton before drawing at home to West Brom.

Southampton have won their opening fixture in just two of their 22 Premier League seasons. Both were 1-0 victories. Take your pick.

Benoit Assou-Ekotto continued the proud tradition of random scorchers from untraditional goalscorers against Liverpool and Jermain Defoe did his usual bits as Harry Redknapp finally dragged Tottenham into the Champions League in no small part thanks to a solid start. Spurs still hold the overall record for most wins to kick off an English top-flight season with 11.

That really is the sound of the Pulis. And it is bloody deafening.

John Lyall oversaw five straight wins to open the 1983/84 First Division but West Ham have only once maintained a perfect start of more than one match in the Premier League. Redknapp was again the man responsible, although this time he could not quite deliver European football to London in 1997/98

It started so well. It also ended with Terry Connor going 13 games without a win as caretaker manager after Mick McCarthy’s departure in February, culminating in Wolves finishing bottom after only adding three more wins to their opening two.