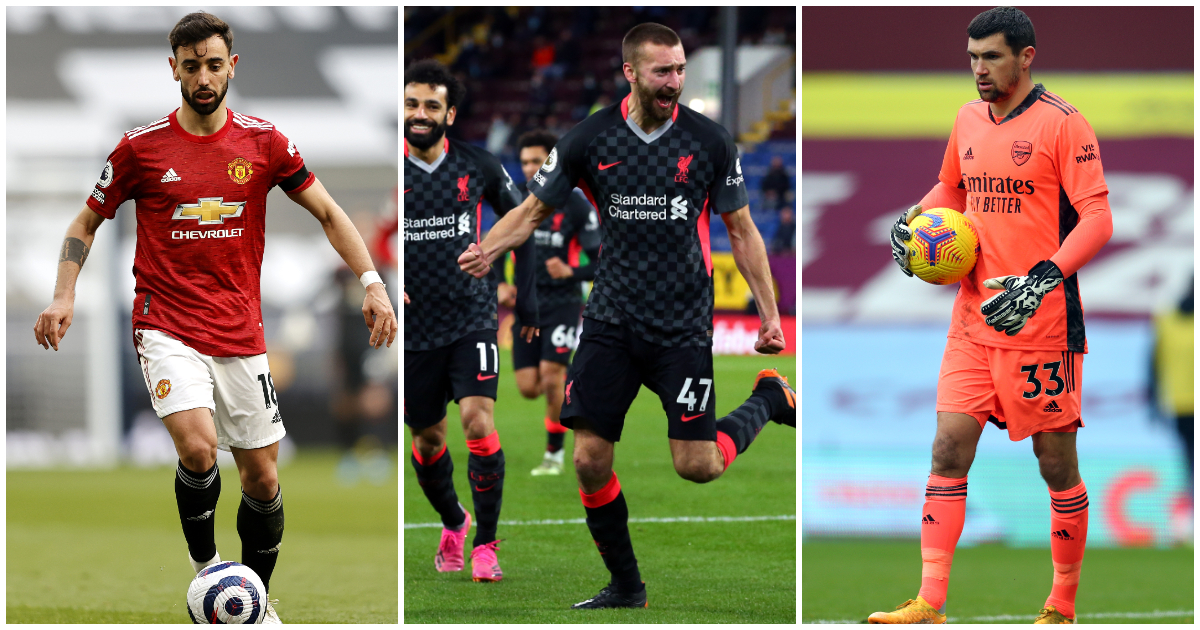 ARSENAL: Mat Ryan
There is something utterly wonderful about Arsenal’s statistical player of the season (in reality, it will likely be Bukayo Saka) being an on-loan goalkeeper who started just three games. But he conceded just twice in those three games, saving eight of the nine shots that were not struck from the penalty spot. That he helped set up a 96th-minute equaliser against Fulham was merely a bonus. Sign him up.

ASTON VILLA: Jack Grealish
No banterous nonsense here, just a player who has notched ten assists in a season which has seen him create chances at the same impressive rate as Kevin De Bruyne. It’s a shame that injury robbed him and Aston Villa of the chance to mount a serious European push, and it could yet cost him an England squad place.

BRIGHTON: Solly March
Now isn’t that lovely? Injured since early February, March had established himself as Brighton’s first-choice left wing-back and had even been mentioned in despatches in England talk. And his ambitions are not just limited to the Potters, saying recently: “I want to play at the highest level for as long as I can. I want to play 100 Premier League games and then I want to play 100 more, and maybe even play for a bigger club one day if I get the opportunity.”

CHELSEA: Mason Mount
Chelsea’s actual player of the year is also born out by the statistics. His tangible returns are hardly extraordinary (six goals, five assists in the Premier League) but his all-round game is exemplary. Nobody on that Chelsea team creates more chances and only N’Golo Kante produces more tackles. What a player.

CRYSTAL PALACE: Christian Benteke
This is just wonderful. He wins a f*** of a lot of balls in the air. He has also somehow – without anybody noticing – scored more goals than either Gabriel Jesus or Roberto Firmino this season.

The 10 players with the most headed goals in #Premierleague history:

EVERTON: James Rodriguez
Hmmm. Difficult one to justify ahead of Dominic Calvert-Lewin, though the striker’s zero assists clearly does cost him points. No Everton first-teamer creates nearly as many chances as James, with nine coming in two games against Tottenham, while he does not lose the ball nearly as often as Richarlison or Calvert-Lewin. Still, it feels a little undeserved.

FULHAM: André-Frank Zambo Anguissa
He made our relegated XI as the best of a really quite poor bunch.

LEEDS UNITED: Raphinha
Three assists in his last five games as Leeds have put together a ridiculous end to the season that has defied all expectations. Just a phenomenal signing who was being linked with Liverpool almost before he had landed in Yorkshire. Marcelo Bielsa is quite rightly one of the managers of the season.

LEICESTER CITY: Wildred Ndidi
F*** yes. As we wrote in March: ‘This is the one. Wilfred Ndidi is precisely the kind of player clubs with more sense than money will covet and teams with more money than sense will overlook. He is the Leicester lynchpin that is overshadowed by bigger characters and personalities.’ He is quite simply an elite-level ball-winner. No other Premier League player makes more successful tackles per 90 minutes.

LIVERPOOL: Nat Phillips
As we wrote on Wednesday night: ‘Phillips did indeed thrive at Turf Moor with his first Premier League goal and a clearance off the line in this crucial win. But he has become a player for all occasions, Klopp’s totem of reliability.’ He is Liverpool’s player of the season. Ish.

One of the most important moments of the season for Liverpool turned out to be Nat Phillips’ move to Swansea City falling through in the autumn. He’s been absolutely immense and that performance tonight was his best of the lot. Has proved he belongs in the Premier League. #LFC

MANCHESTER CITY: Kevin De Bruyne
Nobody creates more chances and he only got stuck on 11 assists because he missed chunks of the season through injury. He made our City-dominated team of the season but he will not be our Premier League player of the year. That should rightly go to Ruben Dias, but WhoScored under-scores any centre-back not in the Tarkowski/Phillips mould. 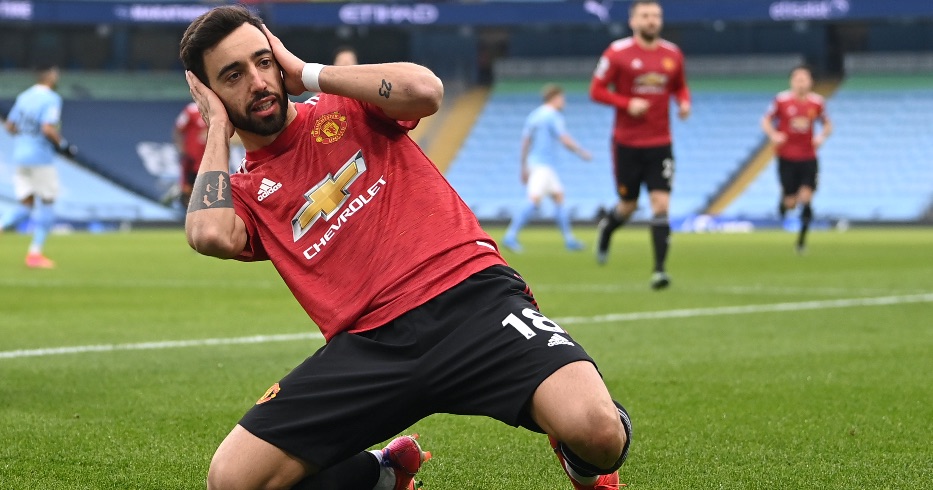 NEWCASTLE UNITED: Allan Saint-Maximin
There is little doubt that Newcastle would not have been even mildly flirting with a relegation battle if Saint-Maximin had been able to start more than 18 Premier League games. He is on a par with Adama Traore when it comes to dribbles and that is a pretty impressive par.

SHEFFIELD UNITED: Ethan Ampadu
How apt that the best player of a disastrous season is not their best player. He will presumably return to Chelsea for about four minutes before joining Frank Lampard at Crystal Palace for another relegation season.

SOUTHAMPTON: James Ward-Prowse
One of only eight players in the Premier League to log at least seven goals and seven assists this season, while his pass completion rate is the equal of N’Golo Kante. In a bizarre, topsy-turvy season for the Saints, Ward-Prowse has been predictably excellent. No topsying or turvying here, just a whole lot of accurate free-kicks.

TOTTENHAM: Harry Kane
Who else? Twenty-two goals. Thirteen assists. Now to see if somebody will pay £150m for that kind of season.

WEST BROM: Okay Yokuslu
And to be fair, all he needed to be was Okay.

WOLVES: Adama Traore
All of the dribbles. All of the time. Almost none of the goals (2) or assists (2), mind. He has missed Raul Jimenez more than most.

For anyone who doesn’t watch Wolves very often but wonders why they score so few goals. Exhibit A…Adama Traore looking for someone to cross to. #thfc #wwfc #TOTWOL pic.twitter.com/tkf6xwCSf3