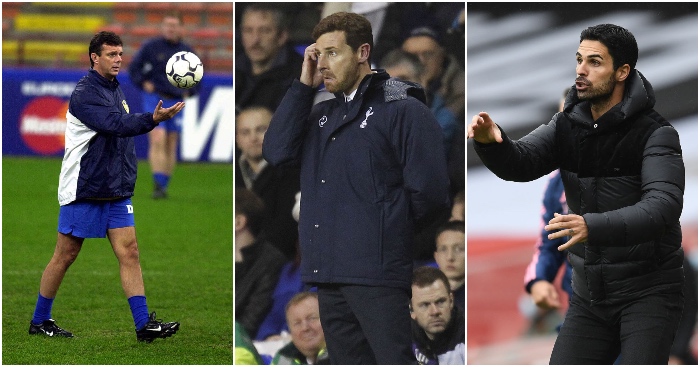 Arsene Wenger revealed this week that he has kept his distance since leaving Arsenal as it’s “important people don’t see you as a shadow”. Based on points per game (PPG), that tactic is doing wonders for Mikel Arteta, who betters the Gunners legend. We’ve looked at every Premier League team’s most prolific manager in terms of points per game.

N.B. The PPG has been calculated from all fixtures while the manager was working in the Premier League, including domestic cups and European competition.

There was understandable fear among Arsenal fans that there would be a prolonged United-like struggle in the wake of their legendary manager. Unai Emery proved to be a bad fit, but it really does look like they’ve found the man to take them forward in Arteta. He’s done pretty bloody well already.

Arsene Wenger says he is confident Mikel Arteta will win the Premier League with Arsenal. pic.twitter.com/OVpmslYMFw

Aston Villa now have their most exciting and talented team since the period between 2007 and 2010 under Martin O’Neill, when they finished sixth three times on the bounce. Hopefully, this time they are spending within their means. They are surprisingly excellent.

He’s the Premier League’s longest-serving manager for a reason. He’s a miracle worker; without him Burnley would be utterly screwed.

Head of behaviour. Scariest bloke in the school. Frightens the teachers as much as the kids. Got a reputation and lives up to it. Likes a drink on the staff night out. pic.twitter.com/D0Zf2RDaI5

Avram Grant was pretty much as good as Jose Mourinho by this reckoning. Either that or Mourinho was so good in that first spell that he had created a dressing room that could manage itself, leaving Grant to natter with Tal Ben Haim on the bench.

Five cup wins ending in a humiliating dance at Wembley helps Pards to the top spot over Roy. Frank de Boer has the worst PPG of anyone, with a 2-1 win at home to Ipswich in the EFL Cup his only saving grace.

Martinez pipped David Moyes (1.53) to second place, thanks mainly to Romelu Lukaku, who is still banging in goals for him. But Ancelotti is way out in front and looks likely to widen that gap further.

Second best at Crystal Palace and West Brom, the worst at Liverpool, but very much the best at Fulham. After saving them from relegation in the 2002/03 season, he got them into Europe the next and all the way to the Europa League final the year after that. Legend.

Two wins, two losses and a draw so far this season means Marcelo Bielsa (1.40) sits behind both David O’Leary and George Graham for Leeds. Not for long, you feel.

A huge swing in results from the title-winning season to the next saw The Tinkerman’s PPG drop from 2.05 to 1.08, giving Rodgers the edge.

Ole Gunnar Solskjaer’s PPG is currently 1.87 – more David Moyes than Sir Alex Ferguson. Maybe Fergie should heed his old foe Wenger’s advice and steer clear of Old Trafford for a while? His is a very dark shadow indeed.

A stunning job last season from Wilder, but that PPG is plummeting. No points from five games and that’s De Boer form.

Jeez, Southampton have had some good managers. Koeman’s at Barcelona, Poch will surely be snaffled up by one of the big guns soon; a full season of brilliance well see Ralph Hasenhuttl make tracks. His PPG currently stands at 1.34.

Bit of a surprise, but the Portuguese was the most successful Premier League manager for Spurs when he was sacked. They took 72 points in his first season: their highest tally ever (bettered twice in five attempts by Poch). When he left the club in December 2013 he had the highest percentage of league wins of any Tottenham manager in the Premier League era, having won all six Europa League games that season with them seventh in the table. And without Gareth Bale, who had been sold to Real Madrid in the summer. Weird that his name is so often met with derision.

After just one loss from six Premier League games in a lost cause in 2018, including victories over Spurs and Man Utd, Moore storms the Baggies’ PPG charts. His sacking the following March with West Brom fourth in the Championship left a sour taste in the mouth.

Bilic was the man to replace Moore at West Brom and is again experiencing life as a Premier League manager. He will be hoping to emulate the success of his stint as West Ham boss. That looks unlikely.

Wolves wouldn’t be quite so screwed as Burnley were they to lose their manager, but Nuno is without doubt their most important asset.