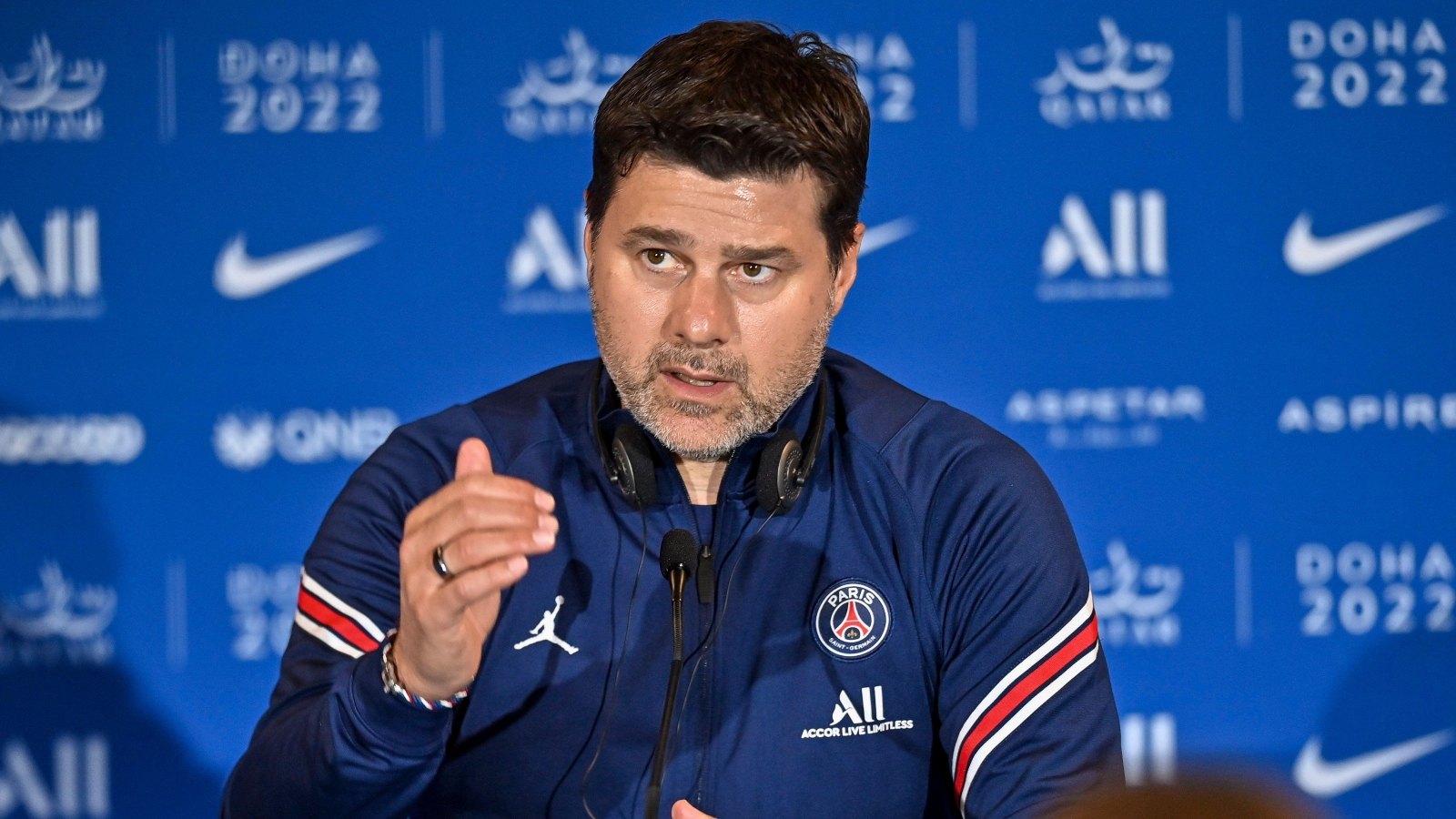 Mauricio Pochettino has slammed the rumours suggesting he is set to be dismissed as Paris Saint-Germain boss.

The former Tottenham manager guided the Parisiens to Ligue 1 success this term but his job has been placed under scrutiny for his side’s failure in Europe.

PSG were knocked out of the Champions League in ridiculous circumstances. A 17-minute Karim Benzema hat-trick in their last 16 second leg against Real Madrid turned the tie around with Pochettino’s men 2-0 up on aggregate with 30 minutes remaining.

Despite romping home in the French top-flight – finishing 15 points above second-placed Marseille – numerous reports claim that the Argentine will be sacked alongside sporting director Leonardo.

Whilst the Leonardo rumours are more concrete given the expectancy of Luis Campos’ arrival, the French club do not appear to be close to securing a managerial replacement.

Paris Saint-Germain are finally prepared to announce Mauricio Pochettino and Leonardo's departure. Nasser Al-Khelaifi will be ready for final meetings in order to decide the new manager. ⚠️🇫🇷 #PSG

Immediately after that, Luis Campos will officially join the club.

Pochettino has now opened up on speculation he will be sacked, insisting that he is “calm” about his future in Paris.

“I have one year left on my contract and there are a lot of rumours. Every week I am fired,” Pochettino said in an interview with Esport3 (quotes via the Mirror).

“PSG arouses this kind of thing. The club is trying to reinvent itself. The president will soon explain his new project, but I’m calm.

“To get there (at PSG), you have to be a good coach and after a year and a half there, I feel like one of the best. To lead a locker room with so many stars was a daily learning experience.

“We were very close to knocking out Madrid, like Chelsea, City and Liverpool. We went through it. I think we were far superior, but we missed the finishing touch. If the objective is to win the Champions League, it is normal to generate this kind of storm.”

L’Equipe reported last month that PSG are willing to keep hold of Pochettino for one more season as they hold out for Manchester City manager Pep Guardiola.