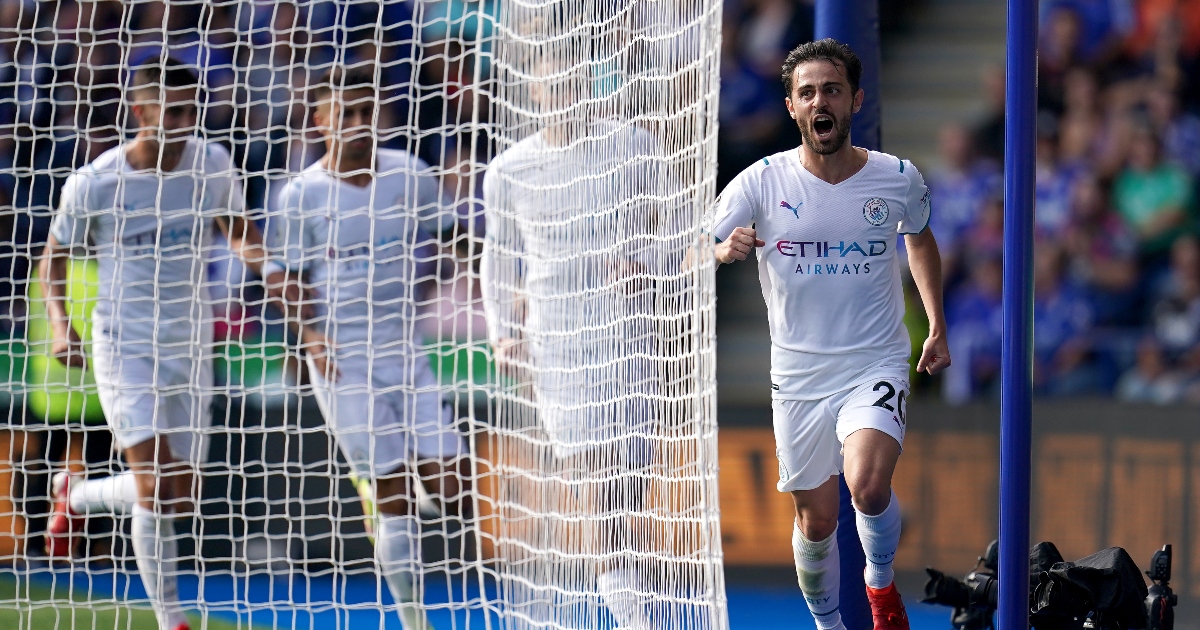 Bernardo Silva has claimed Manchester City are ready for a month which is going to be “crazy” after kicking off their September fixture list with a win against Leicester City.

Their victory opened a month where the Citizens return to Champions League action and start their Carabao Cup defence against Wycombe Wanderers.

Man City welcome RB Leipzig to the Etihad Stadium on Wednesday and also travel to face Lionel Messi’s Paris Saint-Germain at the end of September.

They also face European champions Chelsea in the Premier League on September 25.

“This month is going to be crazy for us, everyone is ready,” Bernardo told mancity.com.

“There are a lot of different competitions to play, tough games. When you are in this form it is easier to keep going because players have a lot of confidence.

“It was the perfect way to start an important month. The last three games before this we played well, today again.

“It was a really important win, especially because we know how difficult it is to play against Leicester. We know how good they are because we played them in the Community Shield.”

The Portugal international scored the only goal of the game in City’s victory against Leicester on Saturday.

And manager Pep Guardiola has hailed Bernardo as “exceptional” and has emphasised his squad depth, which will be very useful to him during a tough September schedule.

He said: “We score the last 11 goals from nine different players. It’s the only way to sustain our level. [Bernardo Silva] is back in the best form and mentality. He is an exceptional player and we know it.

“Of course I’m happy with the three points. Our performance was outstanding. Leicester, like the last years, have always been fighting until the end. I’m very pleased. If you are able to score or shoot, I don’t know how many, it is because you are doing very good things. Kasper Schmeichel is an incredible keeper and saves these goals.”